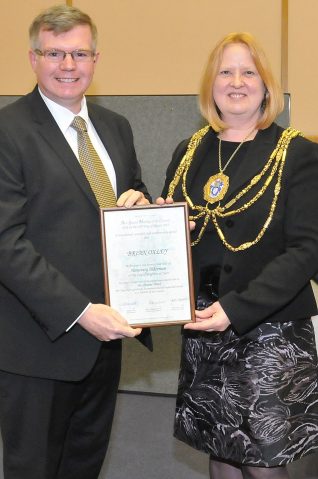 Brian Oxley, former councillor and leader of the City Council in 2007/08, has been made an Honorary Alderman of Brighton and Hove. After sixteen years of service as a councillor, Brian stepped down in the autumn of last year in order to take care of his elderly father. The award was presented at a special meeting of Brighton and Hove City Council, following a unanimous all parties vote by his former colleagues.