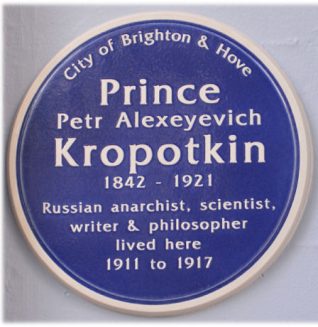 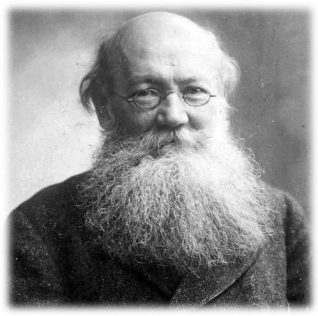 A blue plaque commemorating a Russian Prince and revolutionary anarchist was unveiled in Kemp Town recently, after efforts from Alderman Francis Tonks, and a successful campaign by a team from the University of Sussex to commemorate his life and work. The plaque for Prince Petr Kropotkin, a scientist, geographer and social philosopher who lived in Brighton from 1911 to 1917 in Chesham Street, was unveiled on 7th September  at a small ceremony at his old house. Kropotkin was a respected intellectual with a worldwide reputation and an audience that included Lenin and Tolstoy

Dr Finlayson, Senior Lecturer in Philosophy at the University of Sussex said:

“Petr Kropotkin, known as the ‘anarchist prince’, spent 30 years in exile in London and Brighton at the turn of the last century. But he was not only the father of anarchism – and a Russian prince, he was a genius whose ideas about mutual aid and cooperation among animals and humans were ahead of their time. Never has his environmental, political and social theory been more relevant than it is today.” 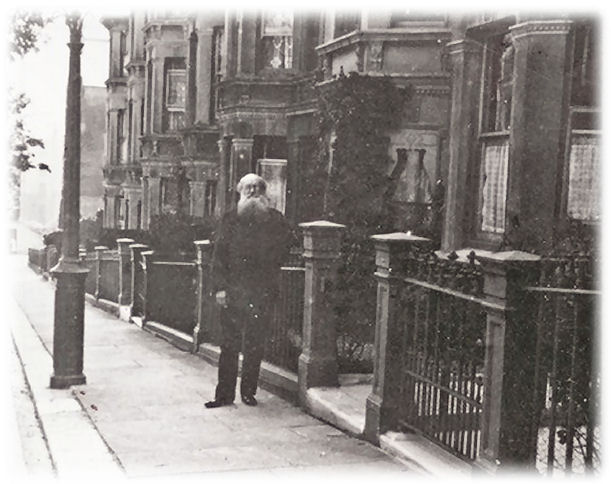