You are here: HomenextTopicsnextArchitecturenextRegency period architect 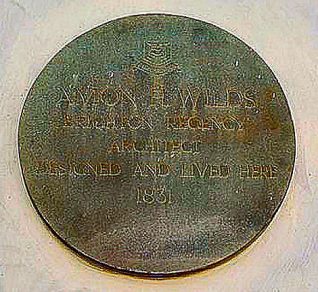 Amon Henry Wilds born c.1790, was the son of Amon Wilds born 1762; the two were leading architects and builders of Regency Brighton. It would appear that Wilds senior was the builder and Amon Henry was responsible for most of the architectural work. Amon Wilds died on 12 September 1833 aged 71, and is buried in the eastern part of St Nicholas’s churchyard, his prominent tomb being decorated with shell motifs and probably designed by his son. Shell motifs and the spiral ‘ammonite’ capitals were distinctive features of A.H.Wilds’ work and were probably a pun on the name ‘Amon’.

After his father’s death Amon Henry Wilds continued to design many of the finest buildings to be seen in the town today, including the Western Pavilion for his own residence in about 1828. He later moved to 8 Western Terrace, to the nearby Gothic House (Debenhams) to 5 Western Terrace, and in 1848 to the Western Pavilion again. He retired in the 1850s and died in 1857 at Shoreham. Among his many works may be numbered Cavendish Place; Park Crescent; Sillwood Place; Waterloo Place; the Royal Albion Hotel ; St Alban’s House; Sillwood House; the Unitarian Church; the Royal Newburgh Assembly Rooms; and the Victoria Fountain. 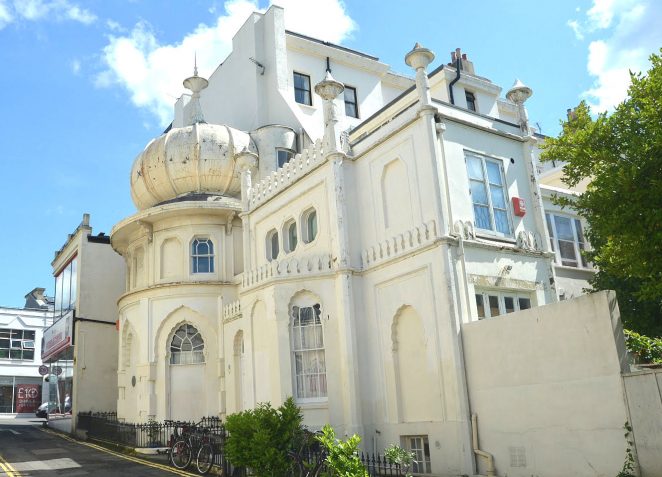