You are here: HomenextPlacesnextStreetsnextChurch StreetnextSnell's Dining Rooms in the 1920s

My grandparents moved to Brighton in the early 1900s and settled in the Church Street area. My late dad went to school there (I’ve got his reports from 1918-1924) and he was friends with ‘Issy’ Rosen who ran the famous second-hand clothing shop close to Queen Street. 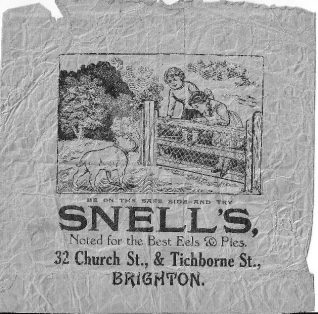 I know the area has been much changed and modernised, but I’ve come across one or two interesting photos from the 1920s. This one is of my grandma’s cafe (she’s the one with glasses) – Snell’s cafe – which was at 32 Church Street next to Tichborne Street.

I also have a paper bag with the name on it. The blackboard with prices is interesting too, as is the ‘What’s On’ poster on the wall. I hope this is of interest to some ‘old’ Brightonians.

Click on the photographs to open a large version in a new window, then click again to enlarge further. 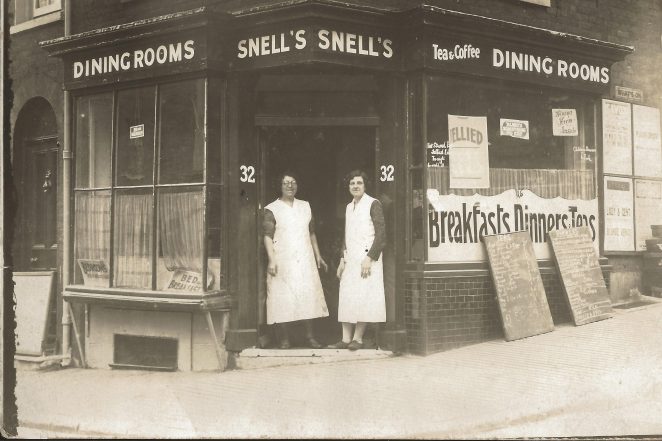