This wonderful photograph of children dressed up for the May Day celebrations, originally appeared in an issue of the Evening Argus dated April 1982 with an editorial headed “Memories of a day in May”, the article reads:- 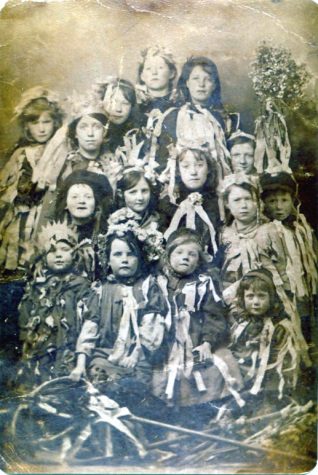 May Day, probably 1911, Arthur Tullett is the boy with cap far right

“As May Day approaches 80-year old Arthur Tullett wonders how many of his school friends in this faded 1911 picture postcard are still alive. Two of them are – his sisters Alice, 82 and Flo, 78, who both live in Brighton. Arthur was about nine when the picture was taken of youngsters celebrating after their Maypole dancing at Circus Street School, Brighton.

He now lives with his wife Lillian in Craven Road. The old school building is still there, beside the fruit and vegetable market at the bottom of Edward Street. Arthur says most of the youngsters at the school were from Brighton’s fishing families, including the Rolfs, Taylors and Dines families. Arthur and his school friends had to leave the classroom early in those days.

He was earning a living at the age of 12 selling daily newspapers and the Evening Argus in Castle Street. He subsequently worked in the building trade and was a scaffolder until he retired. And where’s Arthur in this nostalgic photograph? He’s the anxious looking little fellow with the cap underneath the Maypole. It was his job to carry the Maypole for the girls to dance round. He is standing next to one sister, with the other behind”.

After reading the article back in 1982 I contacted Arthur because he mentioned my maternal grandmother’s name of Dine, he kindly gave to me the original photograph that was used in the Evening Argus article. Obviously Arthur and his sisters have now passed on but the school building is now an annexe of the University of Brighton as can be seen in the photograph below. 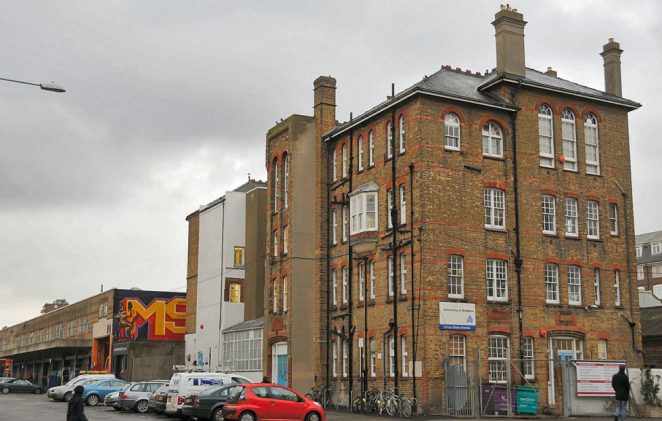