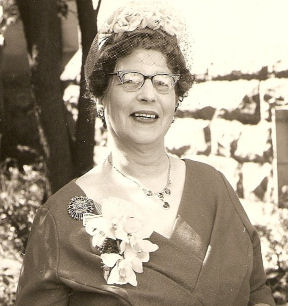 Worcester born Kate, started life as a nursemaid and nurse, but her desire for change and adventure led her to go into business first in Earl’s Court, London and then in Eastbourne where she met her husband George. In 1910 she sailed to Australia where her two eldest children were born. At the beginning of 1914 the family returned and George joined the 12th Battalion, Sussex Regiment. Sadly he was gassed and lost an eye in 1916.

George was demobbed in 1919 and in 1921 they came to Brighton to open a business in North Gardens. Unfortunately they did not settle and they moved to Oxfordshire for a time. But Brighton still beckoned, and so in 1927 the family returned and bought a house in Hartington Road. They invested in property, and George ran a greengrocery business in Preston Road. 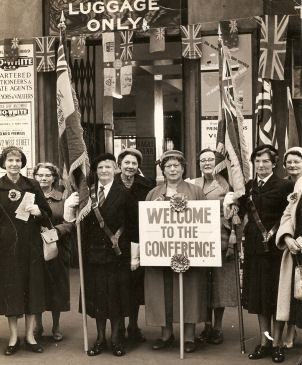 In the early 1930s Kate Lade became involved with the British Legion, whose headquarters in those days was in West Street. But the association did not have a women’s section at that time – something that Kate found to be sadly lacking. So with her own indomitable style, she worked together with a number of the members’ wives, and in 1934 the British Legion Brighton Women’s Section came into being. This was quite an achievement in those pre-feminist days.

Sadly George Lade died in 1939 and Kate returned to nursing working at the Royal Sussex County Hospital and Bevendean Hospital. In 1944 she married for the second time, and in 1951 went back with her husband to Australia and her eldest son. But, Brighton was still calling, and it was not to be her final move, because in April 1959 she returned to Brighton and was met by 21 members of her family.

No sooner did she get within sight of the Palace Pier, than she rejoined the Women’s Section of the Brighton British Legion – and in fact became their secretary and treasurer.