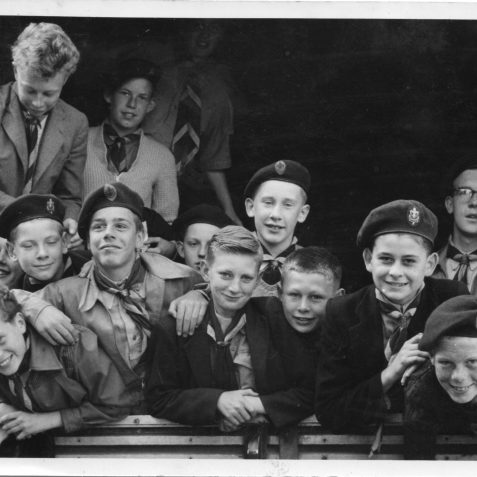 Off to camp, Cowfold, 1958
From the private collection of Peter Whitcomb 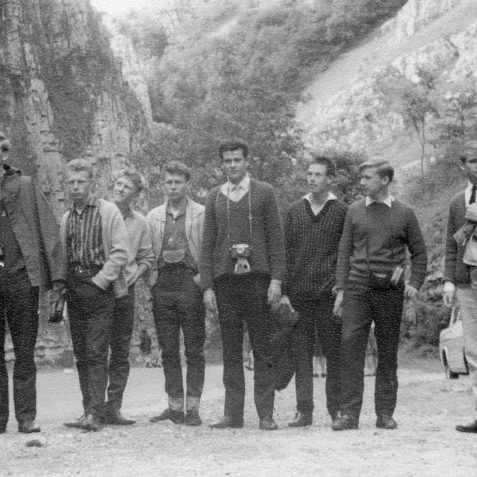 Sightseeing at Cheddar Gorge, 1965
From the private collection of Peter Whitcomb 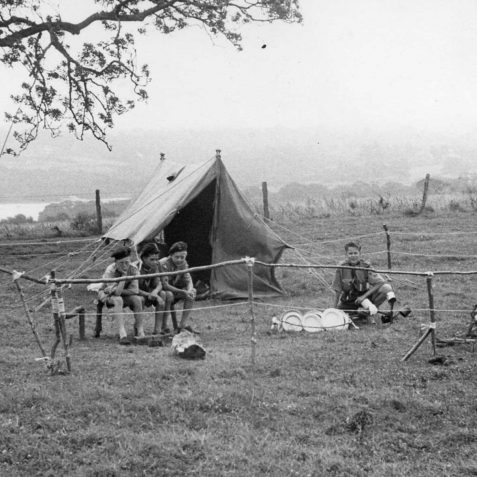 Camping at Betwys-coed, 1966
From the private collection of Peter Whitcomb 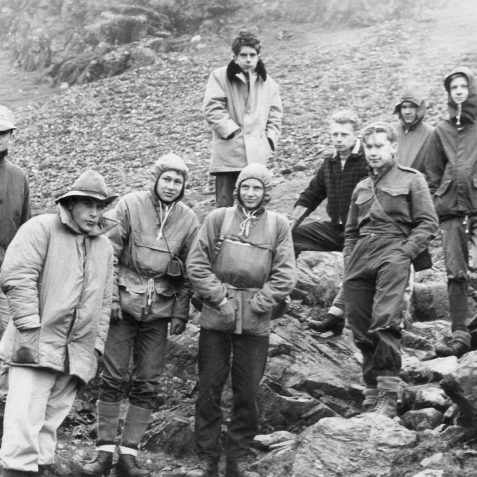 Posing on the climb up Snowdon, 1966
Photo by Hayden Carr

7th Brighton Scouts is based at Stanford Avenue Methodist Church. Camping must be one of the more memorable pastimes within the scout movement. It gave youngsters like me a ‘holiday’, and an opportunity to gain friendships and see areas well away from Sussex. I worked my way through, cubs, scouts and rovers and did over 100 nights camping in the late 1950’s and 1960’s.

Visiting various locations
Places visited included Wooton on the Isle of Wight, Blagdon in Somerset, Wye Valley, Snowdonia – three times, Swanage and Haslemere; as well as half a dozen farms and sites within Sussex. Easter camps could be freezing cold and wet grass; Whitsun were slightly warmer; and in the Summer I can only remember one really bad camp for weather when we experienced terrible storms on the Isle of Wight. One tent and some clothing was blown away and the farmer took pity on us and moved us into a rat-ridden barn! It was one of my first camps, but it didn’t put me off.

Are these scouts still around?
Some of the scouts appearing on the photos include Martin Stanisstreet, Jack Watson, Nigel Parsonage, Peter and Vic Wright, John Burt, Peter and Michael Whitcomb, Steve Waller, Sam Lewis, John Bignell; and the scout leaders were David Hunt and Alec Gaskin. I’m not sure if many of those pictured still live in the Brighton area but it would be nice to hear from anyone checking out this excellent website.