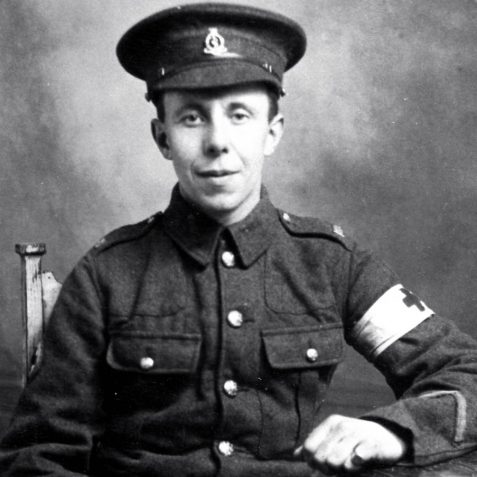 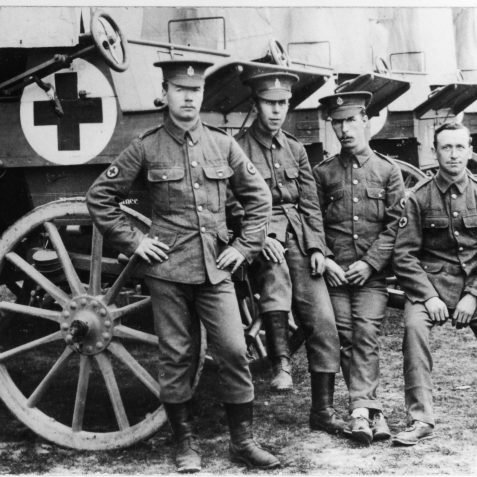 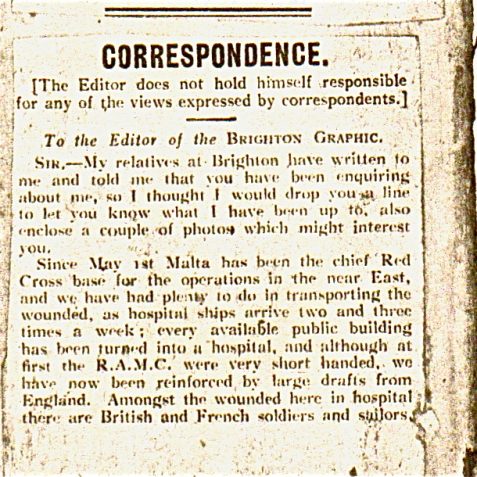 Newspaper letter
From the private collection of Elizabeth Wickstead 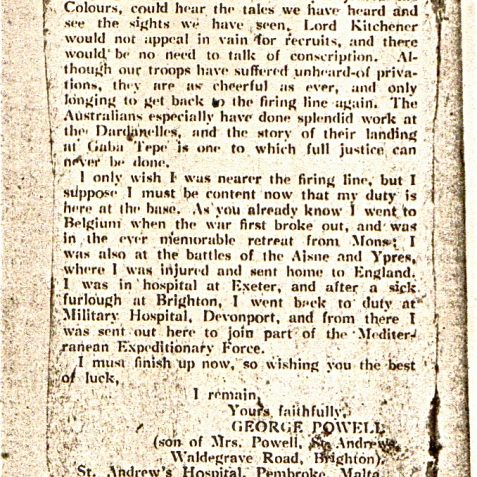 Newspaper letter
From the private collection of Elizabeth Wickstead

My father George Robert Powell was born in 1887 at 14 Clermont Road Brighton, to George R Powell and Sarah Powell, nee Bishop. He was educated at York Place Grammar school, then worked with his father who was a wholesale provision merchant in Brighton. In 1912 at the age of 24 he joined the Royal Army Medical Corp where he served until the end of WWI. During his service in the RAMC he was in Egypt, Palestine, France, Belgium and Malta. In 1914 he took part in the famous “Retreat from Mons”

At Poperinge he received an internal injury while nursing on No 7 Ambulance Train which was used for the many personnel injured at Ypres. The railway station at Poperinge became one of the most important on the Western WWI as it was used by both military and refugees in Ypres, and was a constant target of German artillery gunners who shelled the station many times. George Robert Powell wrote a lengthy diary of his experiences and was always a brave soldier, who was both loyal and compassionate throughout these dreadful years .

After recovering from his injuries and until the end of the war he was sent to nurse in St Andrew’s Military Hospital Malta as a medical orderly, caring for injured service men. During World War Two at the age of 55 in 1942 George Powell volunteered his service again and went into the RAF as a medical orderly and served till 1945. During this time he was at various airfields on ambulance duty to assist the injured air crew on return from their missions. He died in 1968 in Cuckfield, leaving five daughters and his wife Lillian.