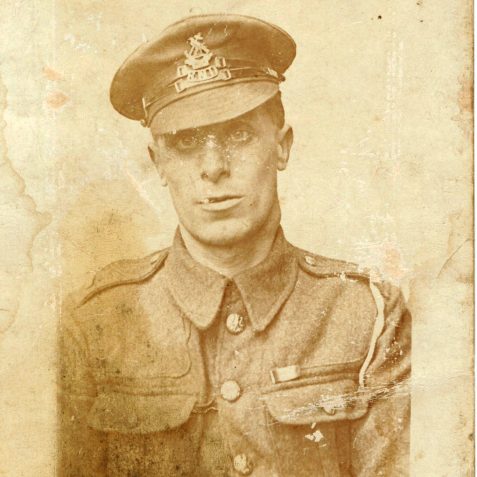 AWN Langrish - My grand father wearing his RND uniform
From the private collection of J. Hamblett 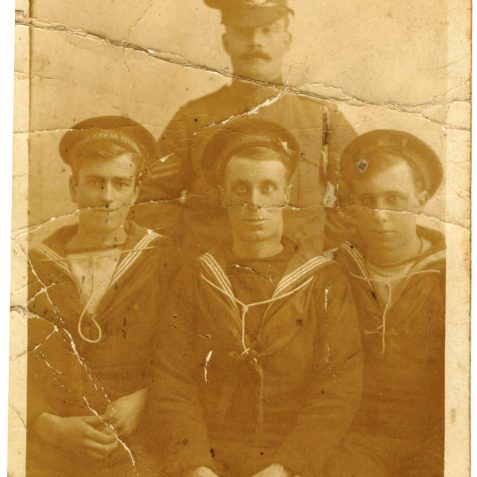 Alf is lower centre sailor with his brother George on the right
From the private collection of J. Hamblett 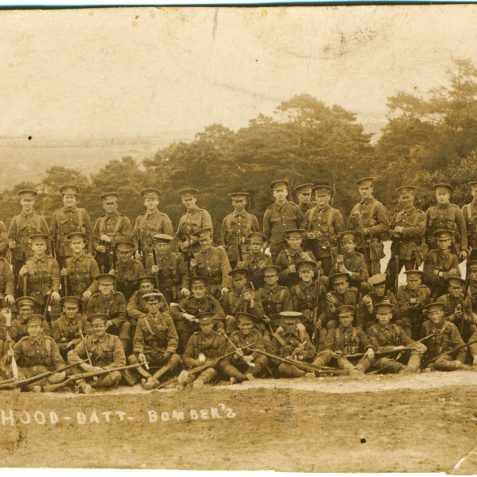 Hood Battalion group - Alf back row 4th from right, training camp, could be Eastleigh? or Bisley
From the private collection of J. Hamblett 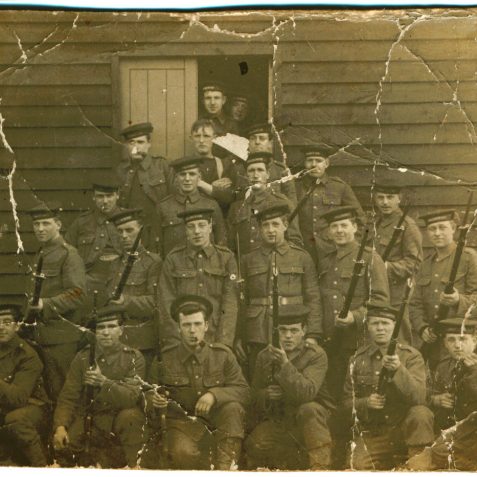 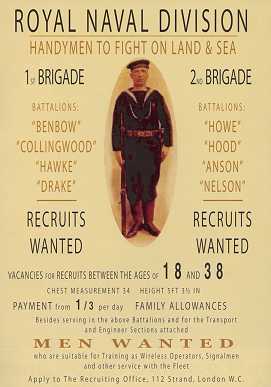 A poster advertising the Royal Naval Division, this was produced in the hope of attracting new recruits.
Tony Drury collection

When war broke out in 1914 Alf was in his late twenties. Being a member of the RNVR he was one of the first men to join the 20-30,000 sailors who had no ship. This group of men became the Royal Naval Division. This division comprised of 2 Naval Brigades and a Brigade of Marines. Alfred became part of the 2nd Brigade, Hood Battalion. Later in 1916 the 1st and 2nd Brigades joined to become the 63rd (RN) Division.

Alfred served in the Gallipoli campaign and fought in the French trenches where he was wounded and taken prisoner in 1918. He was sent to a POW camp in Germany where he recovered from his wound in the camp hospital. Many of the camp prisoners were put to work in the local salt mines. During these months the war ended and he returned home. A note in the local paper:

He also received a letter from BuckinghamPalace wishing him well on his release.

Many sailors and soldiers lost their lives
Like many returning men he didn’t talk about his experiences very much, understandable after the horrors of war. Florence would ask the children not to press him on the subject. However, he did have a picture hung on his wall of the collierRiverClyde being shelled off the Gallipoli beaches as a small memento to the many sailors and soldiers he had fought along side on that disastrous campaign and had lost their lives.

More about his life can be found at ’55 Church Road’ Portslade on this web site.