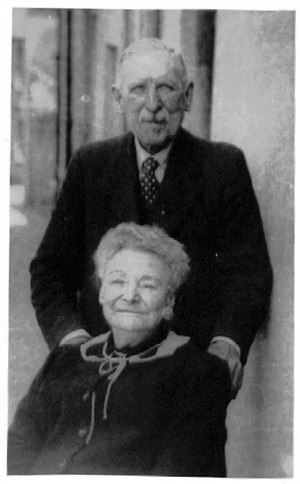 Captain Collins is an ancestor of mine, famous for his fleet of pleasure boats which sailed off of Brighton beach at the bottom of West Street. The fleet continued to sail until just after the Second World War under his son, also a Fred Collins, although nearly all of the boats were lost at Dunkirk.

The second photograph shows my great grandfather, John Collins (1866-1960), who was a Brighton fisherman. He was related to Captain Fred Collins and was also a distant descendant of Martha Gunn. The photograph was taken on the occasion of a wedding anniversary and shows my great grandmother Emily Collins, nee Harvey (1865-1954).