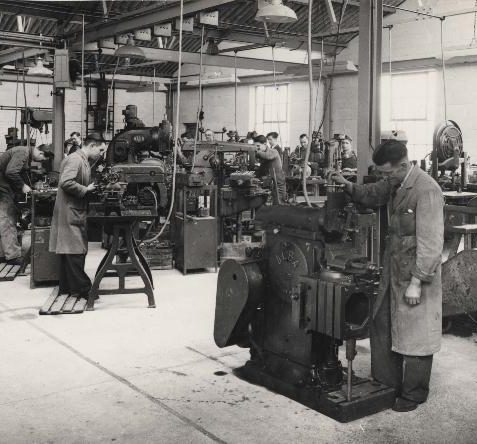 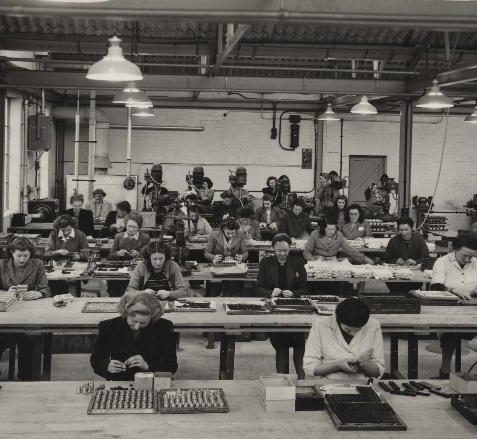 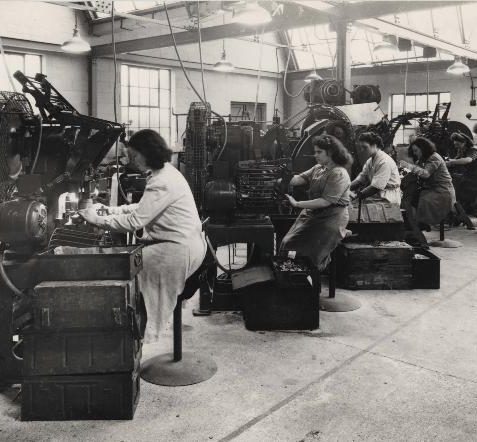 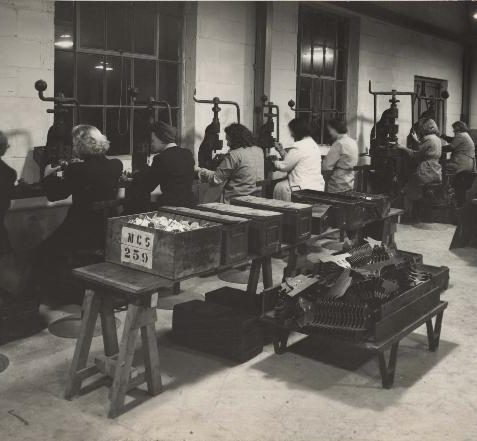 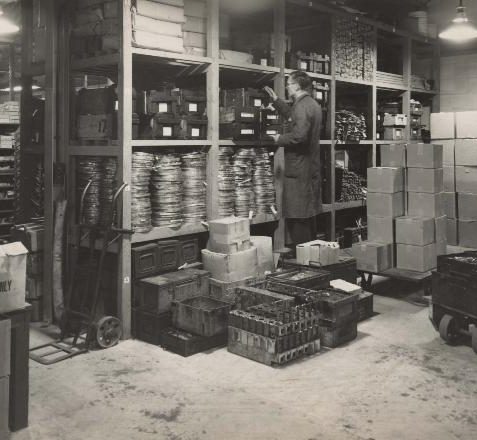 Brighton & Hove Museums have been trying to identify some old black and white photographs of women at work in a factory that were sent to Brighton Museum from Woking Museum. We have some idea of where the photographs were taken but still don’t know for sure if they are of the Brighton area, and we were wondering if your website users might be able to help.

We do know that the photographs were at least processed locally – they are all stamped ‘Averys, 77 St. James Street, Brighton’ on the back. The pictures were most probably taken during WW2, possibly in a munitions factory. This makes them of particular interest because a) during this time photography would only have been permitted in special circumstances, and b) given the subject matter they would have been highly sensitive photographs to take at the time.

The obvious answer would have been that these are pictures of an AllenWest factory but we have it on authority that they are not. There was an Electrical Engineering company called ‘Galliers’ whose head office was just up the road from Averys, and this is our best guess yet.