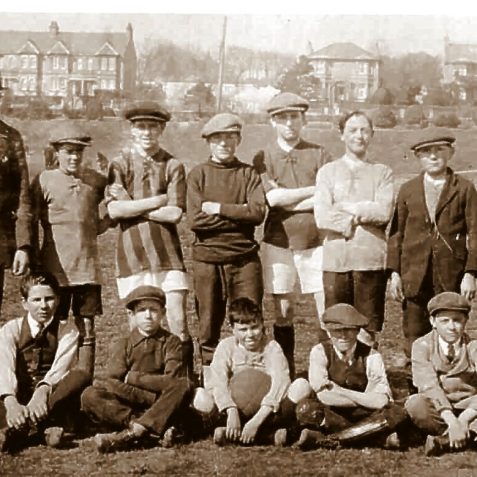 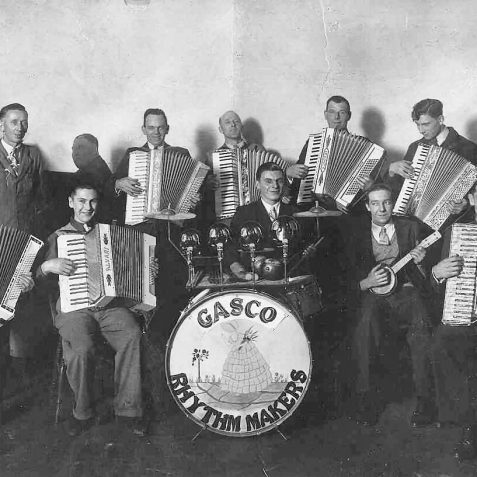 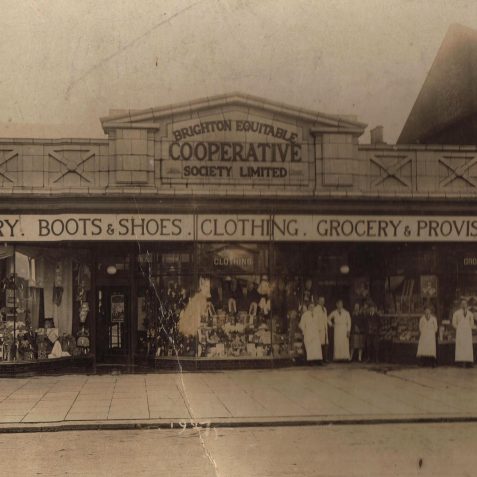 Harry Upward (3rd from left) at the Co-Op Boundry Road Portslade c.1927
From the private collection of Keith Upward 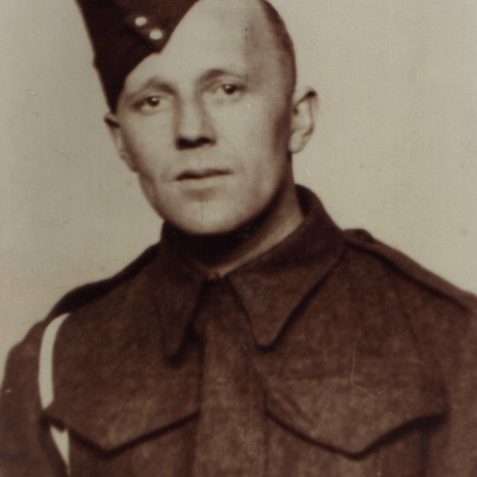 The first photograph above was taken on Portslade Recreation Ground, and shows my Dad’s (Harry Upward, seated 2nd from right) School Football Team. Standing, second from right in the first photo, is Bert Browning, my Dad’s best friend. In the photo, notice the lack of football apparel and it looks as though the Teacher/Coach was also referee (whistle in hand).

I met Bert 44 years later when I worked as a maintenance carpenter at the Southwick Power station from 1963 to 1967. Bert had been a carpenter’s mate for over 30 years. I was only the third carpenter he had worked with and we became great mates. He told me much about my Dad and other relations I didn’t know I had. He told me about when he started work as a labourer at the old “A” Station, mixing the concrete for the cooling ponds by hand. Apparently, if in the winter, the foreman spotted anyone working with a jacket on, they were sacked on the spot for not working hard enough to keep warm!

I would dearly love to hear from people who can identify anyone, or the school whose team it was, in the photo. Also from anyone who knew the Upward family of Portslade. My email address is: mup30636@bigpond.net.au – I live in Queensland, Australia.