You are here: HomenextTopicsnextCelebrations and eventsnextBrighton couple's 70th Wedding Anniversary 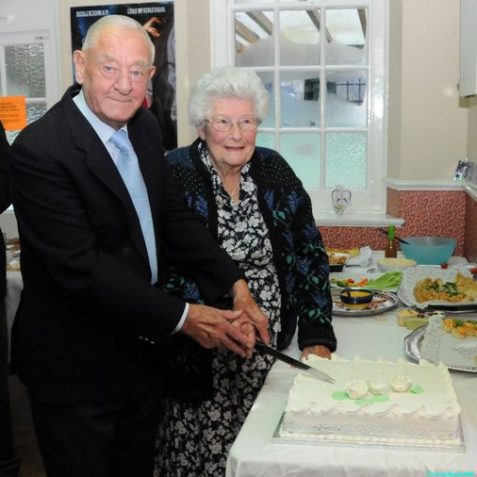 Bill and Irene cut their cake
Photo by Tony Mould 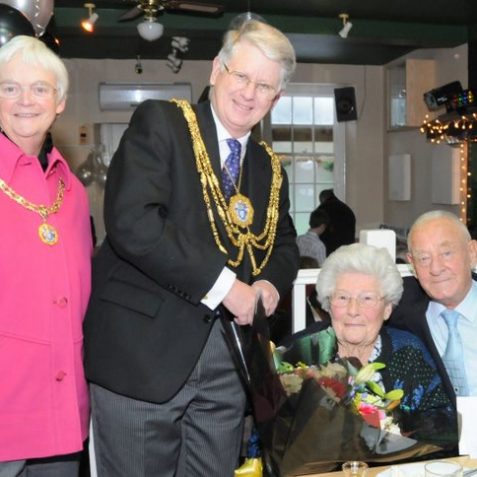 Nice one for the family album!
Photo by Tony Mould 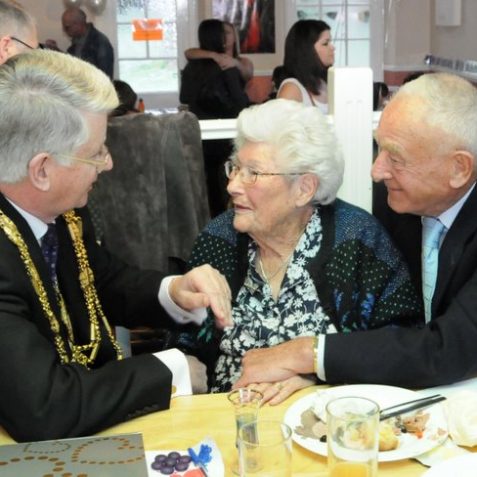 Time for a chat
Photo by Tony Mould 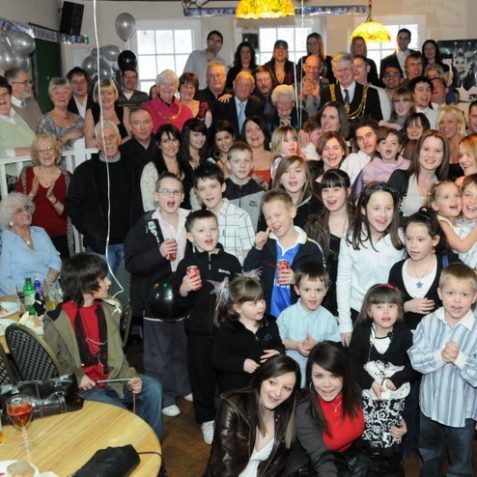 This week a very special party, with a surprise visit from the Mayor of Brighton and Hove, Councillor Garry Peltzer Dunn and his wife Chip, was held for Bill and Irene Russell to celebrate their 70th wedding anniversary. They were married on the 31st January 1939 in Brighton registry office. Bill was born in Whichelo Place, Brighton in 1920.  His wife Irene was born in Liverpool in 1921 but the family moved to Brighton in 1925.

Like many other young couples at that time, their early married life was cut short by Bill’s call up in August 1939 for armed service.  Bill was posted to RNB Portsmouth for training, and then drafted to HMS Hood in November 1939. He had a very lucky escape in that he was on leave when the ship was sunk by the famous German battleship, The Bismark. After being demobbed in 1946, Bill then signed up again and served for 25 years in the RNVR HMS Sussex.