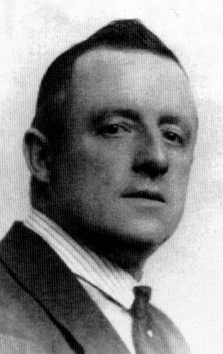 The Brighton Wheel, recently erected at Dalton’s Bastion, and now dominating the Brighton skyline, overlooks an area of the sea shore that more senior citizens will more fondly remember as Dalton’s Beach. It was named after Oliver Dalton, a charismatic local entrepreneur who was one of the major forces behind the promotion of leisure activities in Brighton in the early twentieth century. Dalton was the eldest son of War Office clerk Oliver D’Alton and Eliza Powell. The family moved from South London to Brighton in around 1888; Dalton’s father died in 1889. In order to support the family, his recently widowed mother opened a boarding house.

As a boy Dalton delivered newspapers, but when only thirteen years of age, he applied for a position as a timekeeper on the Chain Pier. As his application was unsuccessful, he became a naval cadet on a training ship moored up the Thames, followed by a move to a clerical position in Woolwich. After that, he enlisted as a trooper in the Imperial Yeomanry and served in South Africa during the closing stages of the second Boar War(1899-1902).

An eye for business

Back in Brighton after the war, Dalton became an automatic machine inspector. He quickly realised that catering for the tourist trade had tremendous potential for financial gain. He obtained a licence to operate a number of beach huts and bathing machines on the foreshore to the east of the Palace Pier. Originally exclusively for ladies, this beach had been redesignated to allow mixed bathing, and had the added attraction that at low tide it consisted of a considerable amount of soft sand. Dalton further improved the beach by constructing a path to the sea across the uncomfortable pebbles, using old boards and thick exterior matting. 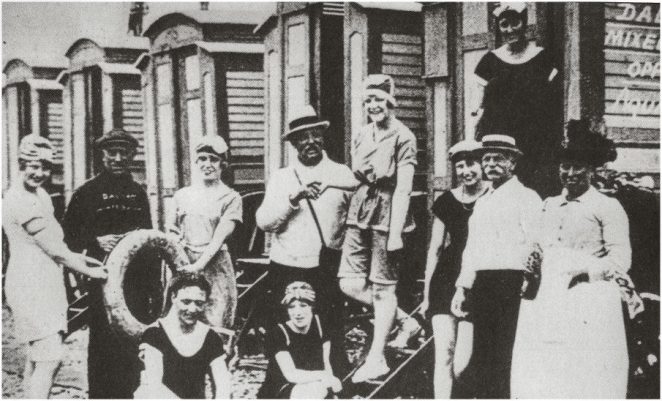 Intent on extending his business interests, Dalton visited the USA to buy slot machines and pleasure rides which were then strategically placed around the area to obtain maximum profit. Eventually he acquired a substantial interest in the Palace Pier, seafront shops and greyhound stadium. Using his expertise, he was then able to widen his scope further by becoming involved with the promotion of leisure in other seaside resorts. Famous at home and abroad, Dalton was described by one foreign newspaper as ‘The King of Slot Machines’.

Unfortunately, during his rise from relative obscurity to success, Dalton had suffered a number of personal tragedies which had caused him great distress. His personal problems were increased when the pier and beaches were closed during WWII, and he was threatened by the possibility of financial ruin due to loss of income. Sadly his problems proved too much to bear, and Oliver Dalton took his own life. Only the beach with his name remains as a permanent reminder of Dalton’s personal contribution to the growth and popularity of Brighton as a holiday resort.