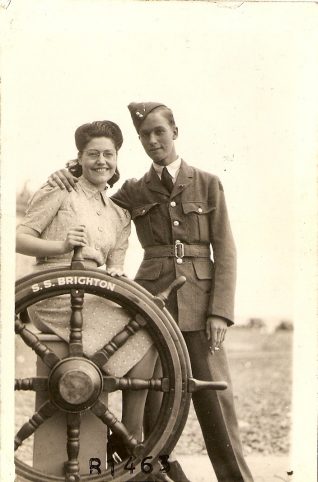 This photo is of an unknown lady and my Uncle Cyril who served in the RAF between 1946-48. I believe the photo shows a beach in the background and assume the S.S. Brighton ship wheel was close to the edge of a beach for tourist photos to be taken.

As Cyril is in uniform I assume the photo was taken between 1946-48 but now challenge time for readers of this site since does anyone know exactly where this photo would have been taken?