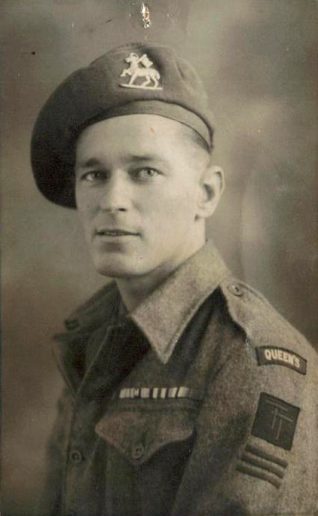 This is a photo of my dad, Tom who was a tank driver with the Queens Regiment during WW2. He was a tank driver and served in Tunis, El Alamein and many other areas before being sent home with malaria and typhoid.

I was told that there was an article about him in the Argus on his return, but I have no evidence of this. Unfortunately he died in 1987. Does any one remember him or know any other members of his platoon? If so, I would love to hear from you.