You are here: HomenextPeoplenextInventorsnextMagnus Volknext125th anniversary celebrations for Volks Railway 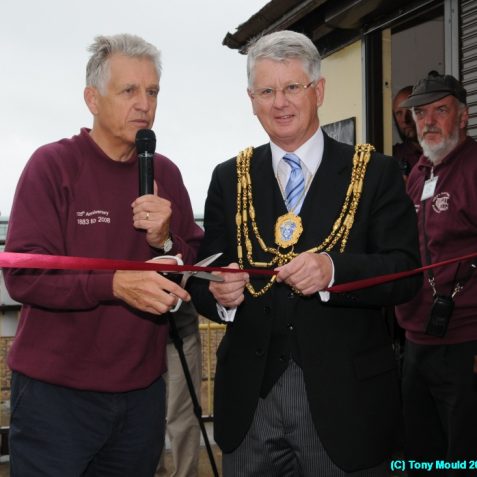 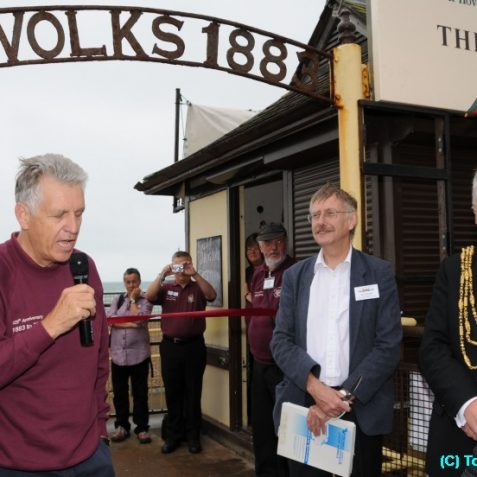 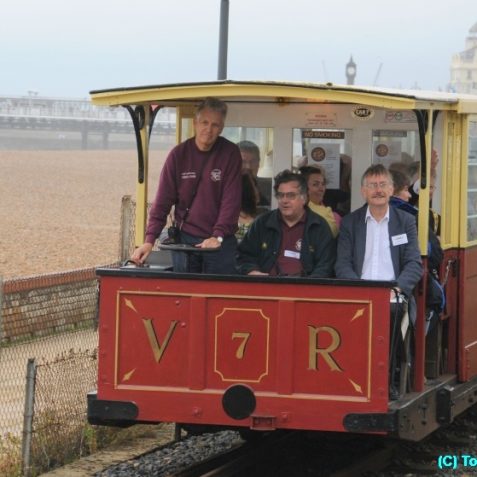 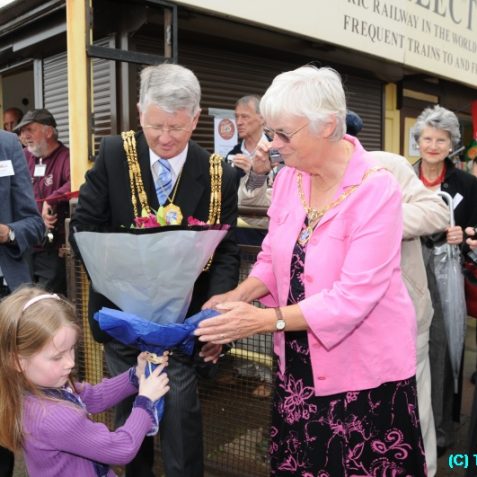 The Mayoress, Mrs Chip Peltzer Dunn, is presented with a bouquet from one of the youngest of the Volks descendants
Photo by Tony Mould 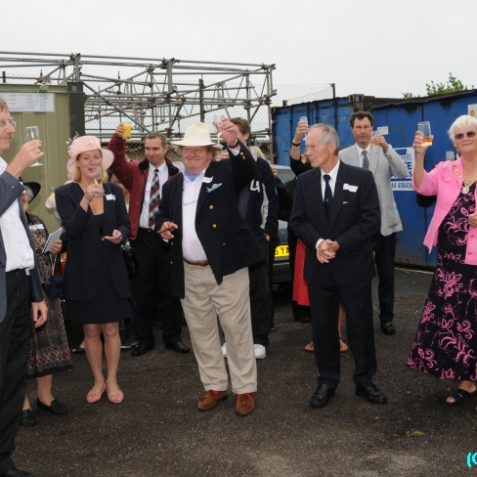 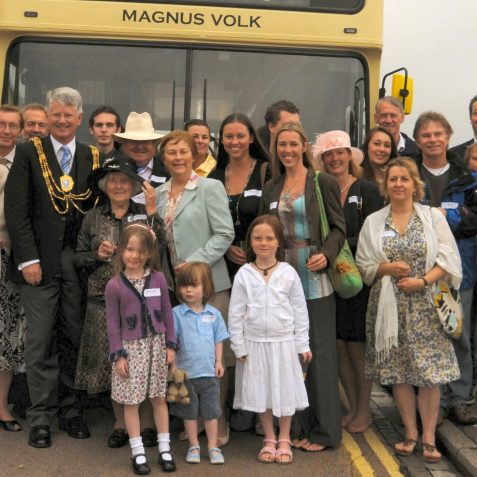 Members of the Volks family
Photo by Tony Mould 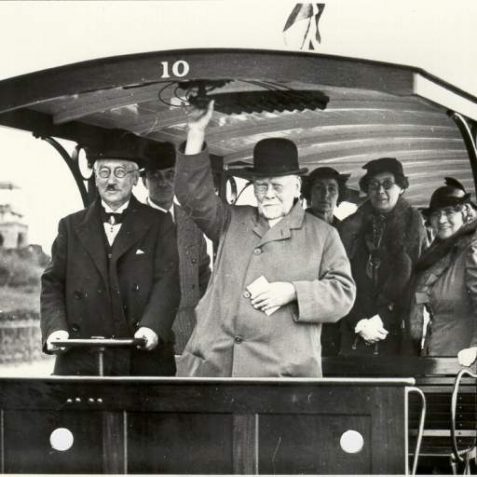 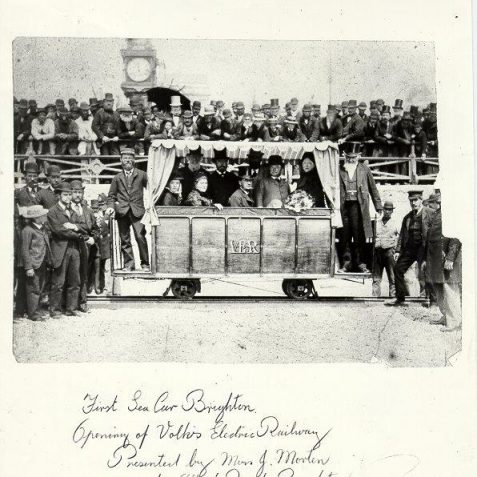 Opening day for Volks Railway, August 4th 1883. Magnus Volk stands to the left of the photo dressed as a railway engineer. The Mayor Arthur Cox stands on the right in a top hat
Image reproduced with kind permission from Brighton and Hove in Pictures by Brighton and Hove City Council

Television newreader and presenter Nicholas Owen began the 125th anniversary celebrations of the launch in 1883 of Volks famous electric railway this month.  A train enthusiast himself, Nicholas Owen was delighted to be given the chance to drive a special train in burgundy and cream livery.

Nicholas drove the train on the journey from the Aquarium station to Halfway, where he opened a special exhibition about the railway. Joining him on the train were an invited group which included members of the Volks family, descendants of Arthur Cox who was Mayor of Brighton in 1883, the Mayor and Mayoress Councillor Garry and Mrs Chip Peltzer Dunn and Deputy Mayor Carol Theobald and Councillor Geoffrey Theobald.

In 1883, Magnus Volks’ electric railway was the first public railway in the world and today is still a major attraction.