St Margaret’s Place, which is off Cannon Place was built in the 1820s and originally called Regency Cottages. The name was changed when St Margaret’s Church was opened, at the end of the road, in 1824.

The church was designed by Charles Busby for Barnard Gregory, the then editor of the Brighton Gazette. It was named after his wife Margaret, and at the time was considered to be the best classical church in Brighton. With a seating capacity of 1,500 persons, it was second only to St Peter’s Church. 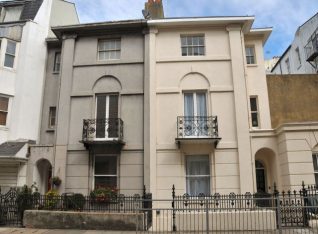 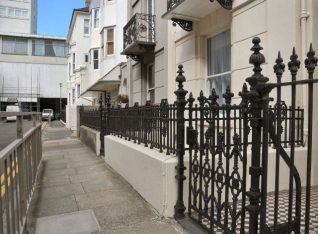 Detail of railings and gate 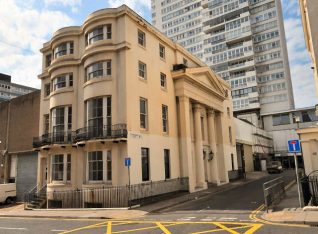 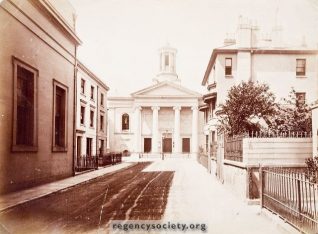 The houses, which have Ionic pilasters, and railings, at numbers 2-3 on the north side of Cannon Place, are listed and probably by Wilds and Busby. Opposite stands the very grand entrance to the former Royal Newburgh Assembly Rooms, by A.H.Wilds for Charles Wright, also listed, and erected c1833. The entrance facade has two Corinthian columns on either side of the doorway, with a central pediment. William IV is reputed to have attended the opening of the assembly rooms which were a popular social centre for many years.