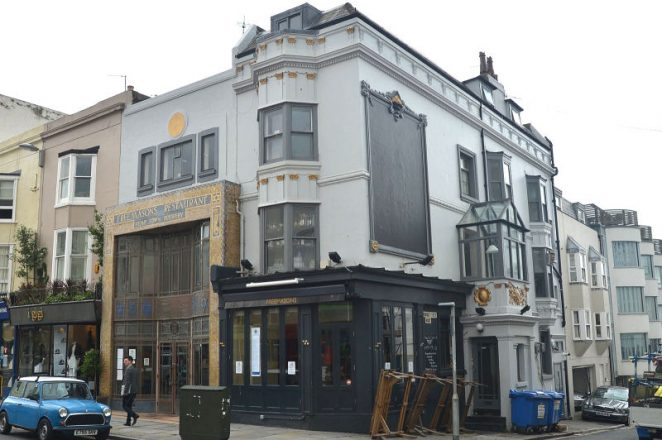 Click on any photograph to open a large version in a new window.

The Freemasons Tavern occupies numbers 38 and 39 Western Road, Hove. The original inn is on the corner of Western Road and Brunswick Street West and the business has traded since the 1870s; originally it was probably a large house. In the early 1930s, the newly formed Kemp Town Brewery purchased the property next door at number 38 to extend the business. The refurbishment included the construction of a two storey entrance portico of predominantly blue and copper mosaic tiling, which demonstrates the Art Deco style of the time. 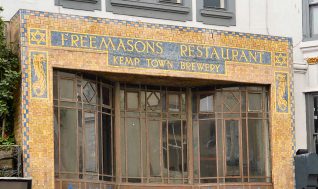 Detail of mosaic front of Freemasons 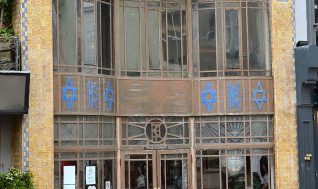 Detail of Masonic emblem of the six pointed star

Masonic references in the decoration

Brighton and Hove has a long history of freemasonry, but it is unclear what the actual connection, if any, there was between the Freemasons Tavern and the Masonic fraternal society. Certainly the decoration of the restaurant frontage incorporates a number of Masonic symbols. It also features a griffin-headed chimera. Chimera, ie a creature that is a mix of different types of animal body parts to create a new creature, are often believed to offer protection from evil; this may be another Masonic reference to the struggle between good and evil in the world.