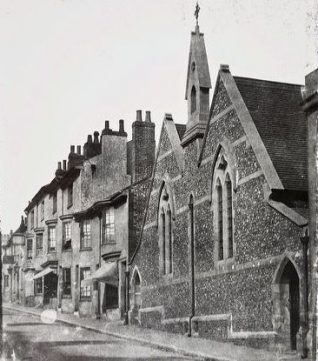 
St Stephen’s House Grade II as it is now, was built in 1855 for Father George Wagner who was the nephew of the Reverend Henry Wagner, Vicar of Brighton(1824-70) as St Stephen’s School; it was enlarged in 1895. In more recent times it was used as a warehouse from 1933-1990; it is now a base for the Child and Adolescent Mental Health Service.

A plaque on the building reads: These schools of the district of St Stephen’s were erected 1855 chiefly through the energy and self denial of the Revd George Wagner, the first incumbent who died very suddenly before their completion. He rests from his labours and his words do follow him.
Enlarged by subscription 1895
JJ Hannah Vicar of Brighton  Cecil Deedes Curate in charge of St Stephens 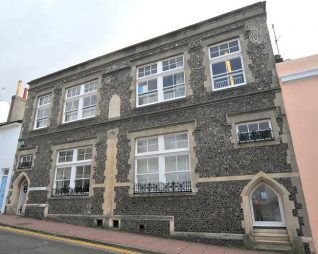 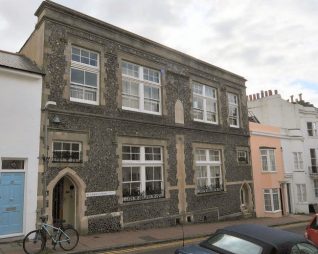 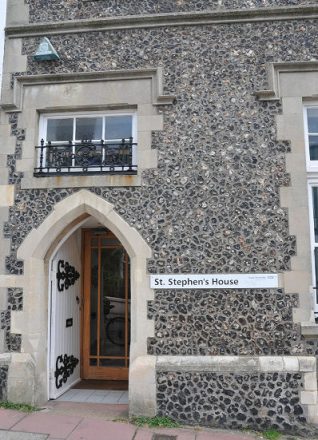 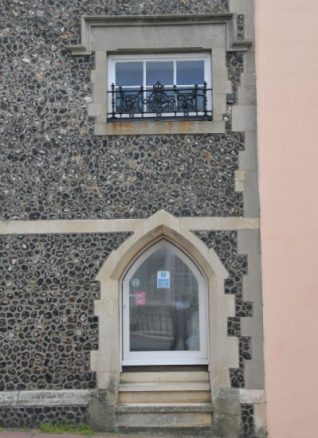 The south door is now a window