You are here: HomenextPlacesnextListed buildingsnextThree tram shelters in Pavilion Parade

Designed by the Borough Engineer

A little different from most people’s idea of a listed building, these tram shelters. c1926, were probably designed by the then Borough Engineer, David Edwards, who also designed the tram shelter and public toilets on Old Steine, which is now a cafe. The shelters have reinforced concrete walls and with metal columns and glazing bars. Each narrow, single-storey structure is rectangular in plan with apsidal ends; side to road open for access to buses; glazed on the pavement side. 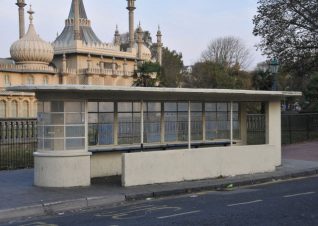 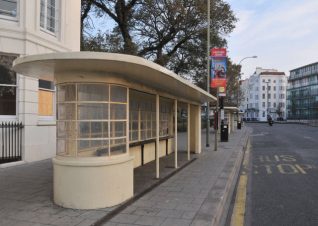 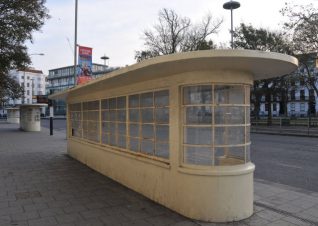 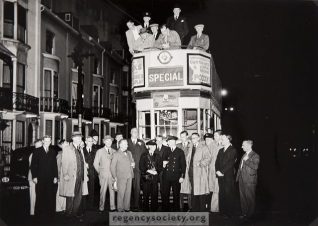 The increasing suburban development of the 1930s, combined with the lack of flexibility of the tramway system, prompted the corporation to opt for a new network of both trolley- and motor-buses. Tram routes were consequently withdrawn and replaced by buses from 26 April 1939 until the last Brighton tram ran from Upper Rock Gardens to the Old Steine at 2 a.m. on 1 September 1939, bringing to an end thirty-eight years of almost accident-free service. An estimated 52 million miles had been run, 629 million passengers carried, and a profit of £54,000 made by the Brighton trams.