You are here: HomenextPlacesnextListed buildingsnextGinnett family tomb in Woodvale Cemetery 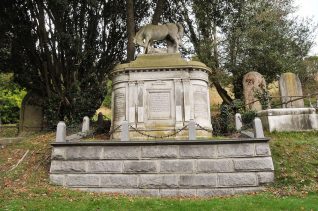 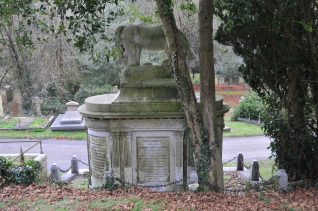 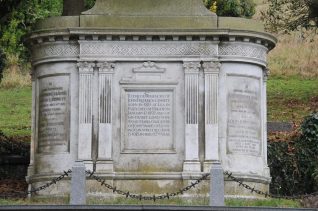 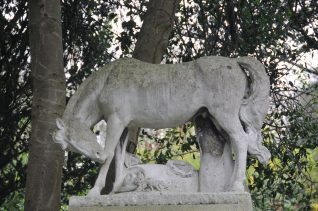 Click on each individual photo to open a large version in a new window. Click again for full screen view.

One of oldest European circus families

The Ginnett family tomb is a Grade II Listed Building. Ginnetts have a long history in circus, variety and theatre performance dating back to the early 1800s, making them one of the oldest circus and variety families in Europe. John Frederick Ginnet, was born 1819 and died in Brighton 1892. He was the son of Jean Pierre Ginnett, who started in show business with his Pony and Budgerigar show in Ludgate circus, London.

John Ginnett came to Brighton in the late 1870s, together with his wife Annie and four sons. His son Louis J Ginnett, became a well-known artist and designer. John Ginnett built his first permanent circus in Park Crescent Place; it became the Gaiety Theatre in 1890 but was demolished in the 1930s. He later built the Hippodrome Circus which opened in North Road in 1891; this later became The Grand theatre.

Sadly, John Ginnett died in 1892, only a few months after the opening of his most prestigious circus. But the Ginnett family circus tradition carried on; it was Gubby Ginnett in the 1940s who last ran a circus show in the culmination of almost 150 years of Ginnett’s circus. Just over twenty years ago Ginnett’s circus was re-established by some family members and is still touring the UK today.