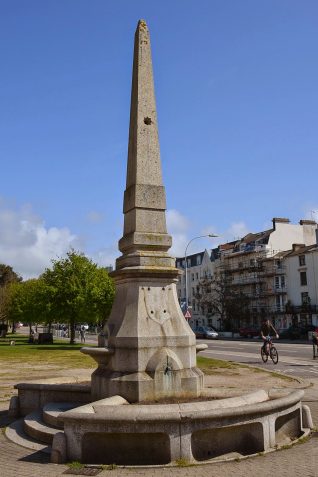 The Chatfield Fountain, located in front of St Peter’s Church, is listed as Grade II: an item of interest warranting every effort to preserve it. Its description in the listing is:-

Obelisk and drinking fountain in granite. Notionally circular base divided into two broad segments, originally drinking troughs for animals, and two narrow segments which give access to the two raised drinking basins for humans. Octagonal base tapering to a square. Above this rises the needle of the obelisk which has a narrow chamfered band near its base and a broader plain band a little above that; about half-way up the needle are 8-pointed stars cut in the stone work, one on the north and one on the south side. Surmounting the obelisk there was originally a decorative wrought iron spire

It was presented to the town by Frederick Chatfield for both human and animal use. It was designed by Robert Keirle and inaugurated by the mayor, Richard Webb, in 1871; it originally stood in an isolated position in the middle of the road. Unfortunately the plaques were stolen at some time during the late 1990s. The police apparently detained and questioned two suspects but let them off with a warning and the plaques were not returned.

South side: bronze shield with heraldic device and raised letters underneath:

This fountain was erected and presented to the town by Frederick Chatfield Esqr 1871.

Carved into the stone underneath the bronze shield:

All beasts of the field drink thereof
Psalm CIV

North side: bronze shield with Borough arms and raised letters underneath: 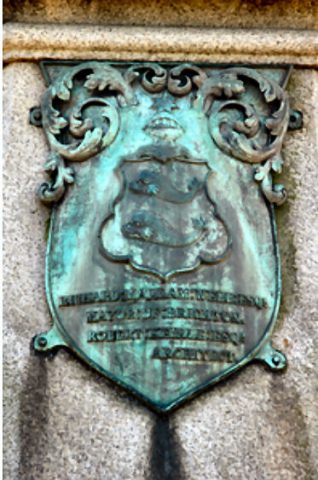 North side shield: stolen in 1990s 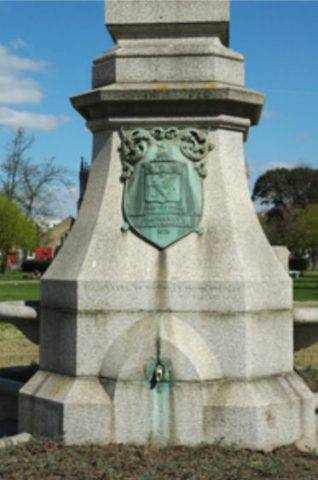 South side shield: stolen in 1990s