All of the buildings in the block are Grade II listed, although number 47 which is the offices of Griffiths Smith Farrington Webb has since had an additional storey built. It should be noted that the building number was changed around 1871, having previously been numbered 49. The block of buildings containing 47, Old Steine all appear to have been erected at the turn of the 18th/19th centuries – certainly maps around 1810 and other documents show buildings on that site. The building was designed for residential purposes and probably originally matched the three adjacent properties when it was built. 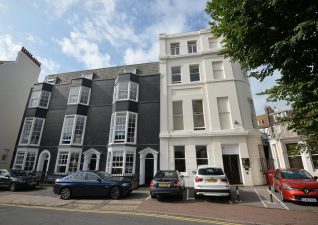 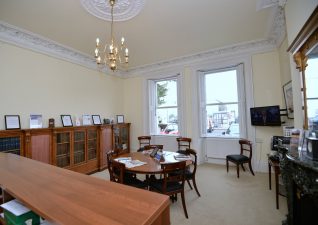 Owned by the Wagner family

One of the earliest references show that it was inherited by Ann Wagner from her sister Betsey in 1810, and that her widowed mother was living in it at that time. She had it rebuilt in 1828 using ‘Mr. Wilds’ (presumably Amon Henry Wilds), but work was not completed until April 1830. Ann Wagner  was the mother of Rev Henry Michell Wagner, Vicar of Brighton from 1824. She probably found it preferable to move in to the vicarage with her son rather than live in the newly rebuilt house in the Steine. Upon her death in 1844 the house was left to her daughter, Mary Ann (1781-1868) who had laid the first stone for the rebuilt house on 02nd March 1829. The house continued to be owned by successive generations of the Wagner family until Emily de Wesselow (died 1901) 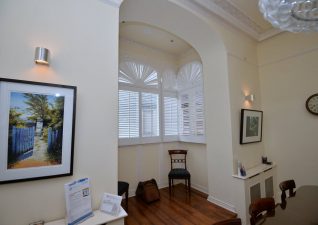 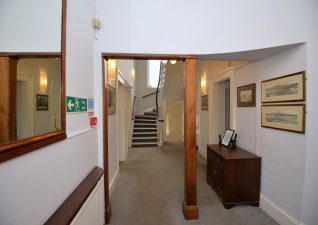 From its rebuilding in 1830 it was used as a lodging house by fashionable visitors mid-1840s. As examples of the type of occupants, Major Colonel Gooch occupied it in May 1833 and again in April 1836. Colonel and Mrs Hugh Baillie were there in 1837, as was the Earl of Westmoreland in October 1840. As the decade progressed the use of the house changed to being commercial, when Miss Mary Robinson opened a Seminary for Ladies there. After another short spell as a private residence during 1848, the contents were auctioned by 1849. 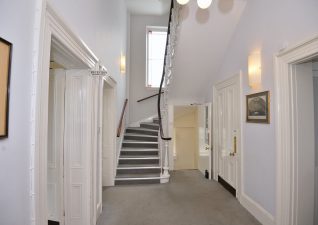 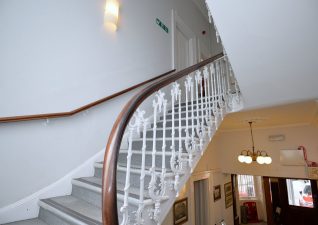 During the course of the next decade the house was sporadically occupied by more tenants although remaining empty for significant periods. In 1880, Dr. S. Oliver briefly used the premises as a surgery before it was taken over by Solicitors, Griffiths & Eggar. Henry Griffith, FSA was admitted Trinity in 1873 and lived at 15, Buckingham Place before moving to Montpelier Lodge, Montpelier Terrace. Thomas Eggar was admitted Michaelmas 1869 and lived at 33, Brunswick Road, Hove. The firm also had London offices and went through numerous iterations over the years, but it is still practicing from that address today. The house was extensively rebuilt at the behest of Griffiths, the solicitors occupying the premises in 1926. I believe the architect was Hackman and the uppermost storey was added as part of this work.