You are here: HomenextPlacesnextStreetsnextSt George's RoadnextChurch of St George the Martyr

Church of St George the Martyr 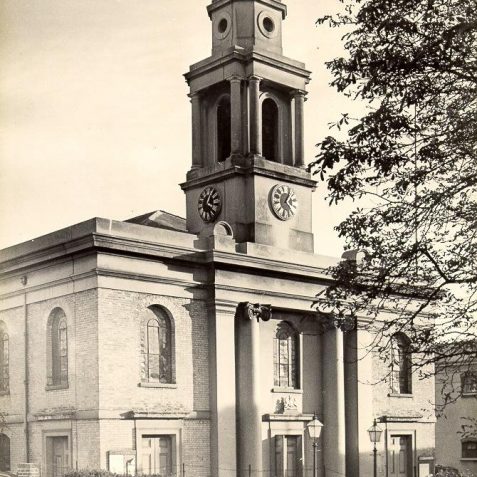 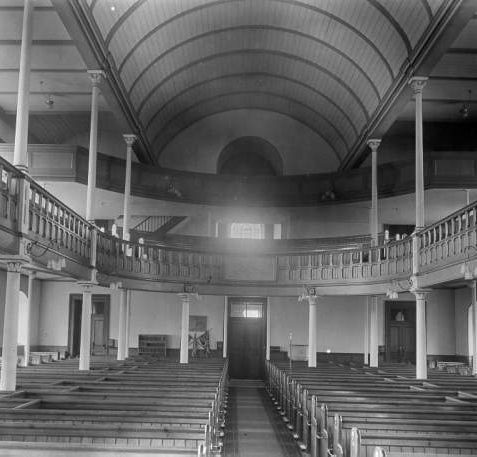 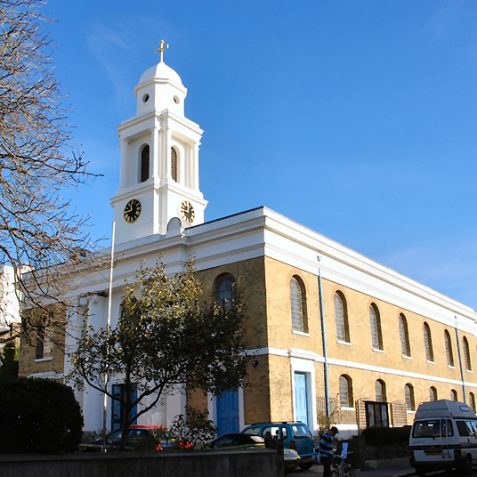 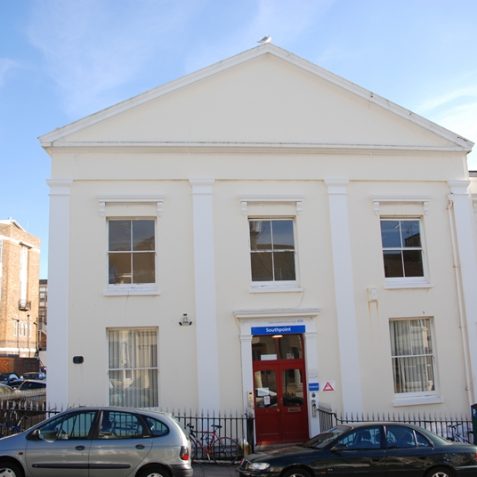 Kemp Town’s main street was developed principally in the 1830s and ’40s, and is named from St George’s Church.

a) CHURCH OF ST GEORGE THE MARTYR : This attractive church was built in 1824-5 by architect Charles Busby for T.R.Kemp to serve the new estate at Kemp Town , and was consecrated on 30 December 1825, opening to the public the following day. It is an elegant, classical, listed building in yellow brick, with a recessed Ionic portico and a Grecian bell-tower surmounted by a cupola and gilt metal cross. In front of the doorway are a pair of original lamps. Considerable internal alterations were made in 1889-90 when the chancel was added and new columns were fitted to the galleries.
From 1828 until 1851 the curate was the Revd James Anderson, and Queen Adelaide was a frequent worshipper; the church’s silverware was her gift. Although for a long time it was under threat (it actually closed for some years from about 1965), St George’s has fortunately survived and the parish has now merged with that of the former St Anne’s Church. {1,44,45,46,64a}
The former church hall stands at the corner of Paston Place and Sudeley Street, a two-storey building with Doric pilasters and large pediment. It was erected in 1864 by Frederick Mahomed, the second son of Sake Dene Mahomed, as the Royal Gymnasium and fencing rooms, these having been removed from what is now the Waggon and Horses public house in Church Street . Now used as an office, it became the church hall in 1889, but the gymnastic fittings remained in situ until 1962. {268}