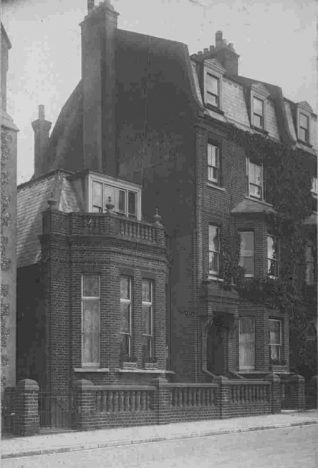 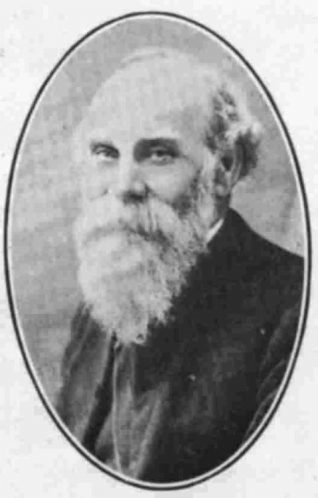 St. Matthew’s Church used to stand on the corner of Sutherland Road and College Terrace, Kemp Town. In 1878, the Vicar of St. George’s church, Rev. J. H. Rogers, recognised that since St. George’s was chiefly attended by the rich and well-off, the poorer families who lived on the northern edge of its district lacked any church building within easy reach.  He therefore began the process of constructing a “tin chapel”.

Mr. W. Percival Boxall, J.P. of Belle Vue Hall, Eastern Road, offered a piece of land in Sutherland Road valued at £1,300 for the site of this new enterprise, but for some reason Rogers was prevented by the Diocese from accepting this gift. Boxall donated £1,000 in cash to the Chichester Diocesan Association instead, who then transferred the sum to St. George’s accounts, from which Rogers was permitted to pay Boxall for the land, making up the difference of £300 from the Church’s own funds.

A corrugated iron church
On January 15th, 1879, a corrugated iron church dedicated to St. Matthew was opened on the site with one of St. George’s curates in charge. At the same time schoolrooms were constructed, also in corrugated iron, both buildings being preliminary to a single permanent structure, the plan being to house the Infant school in the church’s basement. In consultation with the Archdeacon, the neighbourhood surrounding St. Matthew’s had been marked out into districts, and since then each district had been assigned a District Visitor, a Scripture Reader, and the services of a District Nurse. A very large sum was already subscribed towards the Building Fund, and an Endowment Fund had been started to provide future income.

An improvement in the condition of the neighbourhood
Throughout the following year the congregation of St. George’s gave generously for the new project, the first collection on January 18th 1880 amounting to £21 8s 11d. The Iron Church had now been open twelve months and the congregations were encouraging. The Day school was attended by more than 190 children, and the Sunday schools regularly drew over 260 to the various classes. Rogers could also perceive that there was “a very decided improvement in the moral and social condition of the neighbourhood.”

A Temperance Association formed
On March 29th, 1880, the “St. George’s & St. Matthew’s Church of England Temperance Association” was formed, with branches for both adults and juveniles. In the first year seventy-two men joined the Adult Society, of which, after twelve months, sixty-two remained as members, fifty-one of whom were total abstainers. Of the ten who had left, two had broken the pledge and gone back to excessive drinking, which should not be seen as particularly surprising in a town which boasted almost the highest proportion of churches and public houses to the percentage of the population in the whole of England. One of the practical results of the establishment of this Association was the founding of an allied “Working Men’s Temperance Association” which regularly met in a new Coffee & Reading Room especially opened in Sutherland Road.

New buildings threaten the  iron church
Throughout 1880 new houses had been springing up around St. Matthew’s on all sides, and the Town Council informed Rogers that because of this rapid expansion and the general ambience of the area, the iron church and schoolroom would have to be replaced by permanent structures in the space of little more than two years. Plans were therefore drawn up for the new church, and Spring 1881 set as the starting date for construction.

A new St Matthew’s emerges
The St. Matthew’s Building Committee arranged that the new church should be built in sections, taking up a contract in the first instance for £4,000, towards which they had in cash and promises the sum of £2,000. This later increased to £3,600, with the Endowment Fund for the future guaranteed income of the Church reaching £1,025. The architect entrusted with the work was Mr. John Norton of Old Bond Street, London, and the first part of the contract was completed by the close of the year.

A stone cross shatters in a thunderstorm
By late 1883 the work on the body of St. Matthew’s was finished, at a cost of £13,000, and the building, still with part of the tower and all of the steeple yet to be constructed, was consecrated in September. A few days later a severe thunderstorm broke out over the district, and with the contractors not yet having fixed the lightning conductors, one of the five feet high stone crosses on the roof just over the chancel, was struck and shattered to pieces. The cross was soon replaced and the earthing bands hurriedly put in place. Rev. William Thomas McCormack, up until then a Curate at St. George’s, was the first Incumbent of St. Matthew’s.

£1,000 was donated towards the building of St. Matthew’s Parsonage, a gift that was matched by the Ecclesiastical Commissioners, all the money being spent on the construction of 1, College Terrace, a house still standing today but now converted into flats.

The end of an era for St Matthew’s
In less than one hundred years yet another round of parish reorganisation decided that St. Matthew’s had outlived its usefulness, and it was declared redundant, de-consecrated, and demolished around the close of the 1960’s, its dedication only living on in the name given to the small block of flats erected on the site, “St. Matthew’s Court.” It is a matter of speculation how many of the inhabitants know from where their address originated, or anything about the former history of their homes.