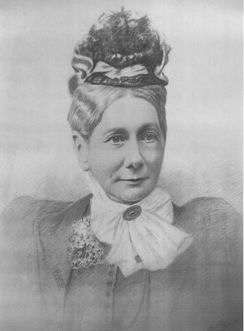 zoom
Elizabeth Gates
From the private collection of Chris Fry

The railway came to Brighton in 1840 with the opening of the first part of the London and Brighton Railway from Brighton to Shoreham, but prior to that there would have been the presence of the surveyors and then the navvies following the passing of the Act of Parliament in 1837. Railway construction in the Brighton area lasted from c1838 until 1879, when the Cliftonville Spur between Preston Park and Hove was completed. The main periods of construction were from 1838 to 1846, which saw the completion of the London and East-West routes, and a further burst of activity in 1868/9 with the construction of the heavily engineered branch line to KempTown.

Evangelising the working classes
From the Industrial Revolution onwards the churches had generally failed to successfully evangelise the working classes, from whom the railways recruited most of its rapidly increasing work force, which was in the region of 350,000 at the time of the formation of the Railway Mission (1881). There were however professing Christians among this work force including three, in particular, at Brighton station. These three, Messers Weller, Maple & Thynge (a ticket collector and two porters, respectively) met together on Sunday afternoons in the Porter’s Room for ‘a little Bible study and a sing’. The three railwaymen wanted to have a Gospel Service for the men on duty each Sunday and one of the porters invited a Miss Parkinson to lead this meeting.  She agreed but then personal illness and the death of her brother intervened and she approached another lady, Mrs Elizabeth Gates, to substitute for her.  Mrs Gates was already a well-known speaker at Christian meetings for women,  who with her husband, George, and young family (there were eventually 11 children) had moved to Brighton from Steyning c.1861.
(It is interesting to note that the original invitation went to a woman, and had come from men.  Was this a reflection of the unpopularity of local clergy, and did it reflect a different attitude of the working class males to middle class women, from middle class men?)

First Sunday meeting
Mrs Gates considered and, it is understood, ‘reluctantly’ accepted the invitation.  The first Sunday meeting, with a congregation of three, was on 19 March 1876 in the Waiting Room at Brighton station, courtesy of Brighton Superintendent Mr Anscombe.  However, the attendance soon began to increase and within six years the meeting had to move to a larger venue. This was found in the Reading Room/Library  of the Brighton Locomotive Works which could accommodate up to four hundred people. This was thanks to Mr J P Knight, the then General Manager of the LB & SCR. The arrangement was to last for eleven years and Mrs Gates stated that the directors had treated them with every kindness and had placed the room at their disposal without charge.

Moving to new premises
In 1882 three meetings were held each week in the Reading Room/Library, on Sunday at 3.15pm for ‘Men and Wives’, on Wednesday at 8.0pm for men only and on alternate Thursdays at 3.30pm for wives. In addition conversational Bible Readings were held at the Coffee Palace, 67 Queens Road on the third and fourth Tuesdays at 8.00pm, with tea, for men, their wives and friends.
By 1893 the Reading Room/Library was required by the railway company for other purposes, and after a search for suitable premises, Mrs Gates apparently privately advanced some £2,500, whilst, in parallel, heading a public fund-raising effort,  to secure the purchase and adaptation of the Primitive Methodist Church in Viaduct Road (opened on 16 September 1876) , which was being vacated for larger premises in London Road.

Opening ceremony in May 1894
The equivalent of a stone laying ceremony was the first blow to take down an internal dividing wall between the Front (Main) and Back Halls, to enlarge the meeting area, on 15 May 1894.  Present at this ceremony were Mrs J P Knight, widow of the former General Manager of the LB & SCR, Mr and Mrs Sykes, Dr Morgan and Mr George Gibbins, a Brighton architect who had donated his services. The official opening of the Brighton Railway Mission was held on 4 July 1894 with £2, 250 of the £2,500 purchase/adaptation cost being raised by public subscription by that date.

Mrs Gates’ conversion work
Mrs Gates worked hard among the railway workers and their families, and as the ticket-collector, Mr Weller, once commented ‘she had some hard nuts to crack, I can tell you. But she was the means of converting hundreds and hundreds of men and women, too.’ Mr Weller was still alive and well enough to attend the 64th anniversary meetings of the Mission in 1940, at the age of 93.

Additional property purchased
The work continued to grow and in response to the need for a Sunday School work additional property  was purchased behind the church in 1895; the new classrooms being opened on 16 February 1896. There were initially 15 children, but by 1901 the average Sunday attendance was 194 children and the West side passages from Viaduct Road and Stanley Road were pressed into service.  The roof over the Back Hall was now removed and an Upper Hall with seating, library and offices, together with a connecting stairway to the ground floor, constructed and opened on 20 December 1902 at a cost of £1,100.  The house next door to the church in Viaduct Road (No. 71) was purchased in June 1906 to accommodate the senior scholars.  By 1909 the Sunday School work had grown to 50 workers looking after 364 children.

Death of Mrs Gates
Mrs Gates died on 23 July 1911, and the local newspapers were full of praise for her faithful ministry.  Pastor Charles Spurgeon, son of the more famous Charles Haddon Spurgeon (of the Metropolitan Tabernacle, London), conducted the service.

National Railway Mission
The national Railway Mission was founded in 1881 (and in its early years had its headquarters at Brighton).  In 1888 approximately 3,000 people attended each of the two anniversary meetings at the Dome. By 1900 the Brighton Mission was one among 270 groups of converted railwaymen and their families throughout the country registered with the Railway Mission, many with their own premises. The Brighton Mission still exists as ‘Calvary Evangelical Church’, ( www.calvary-brighton.org.uk ), but along with other former Mission Halls no longer forms part of the Railway Mission, ( www.railwaymission.org ) which has gradually shed its properties concentrating on the provision of chaplains to the rail industry.