Memories of "The Farm" 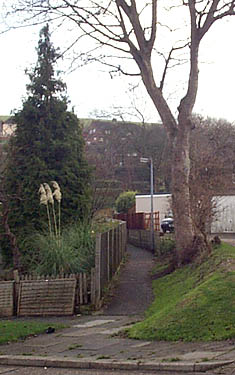 zoom
Photograph of the "twitten" in Bevendean
Photo by Sam Carroll

“I remember moving in to the new council house in 1958. We lived in Hornby Road. The ‘Farm’ was a functioning building in the middle of the park. The ‘footpath’, just a narrow mud track, worn in the grass, veered round it, as you were going from one side to the other. Half the building was someone’s home. The rest of it was a village-hall-like place. They used to have some service or other on a Sunday. There were Scouts and Brownies and I had ballet classes there.

“In the early 60s, on Sunday nights, after dancing to records and Sid Deans’s Band at ‘The Suite’, I had to get the last bus home. If it was the 111 it went round the estate Hornby Road first, so it stopped near my house. If it was a 110, I’d have to get off the bus at the Farm and walk through the park and the ‘Twitten’.

“I was always glad if Chunky Ralph was on that bus because he would ‘escort’ me through the park, being the true ‘gentleman’. This was before women’s lib and mugging! I wonder if the two bear any relationship to each other?”