A potted history and photo gallery 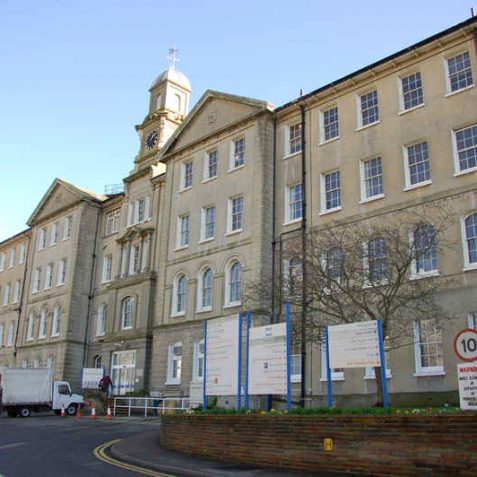 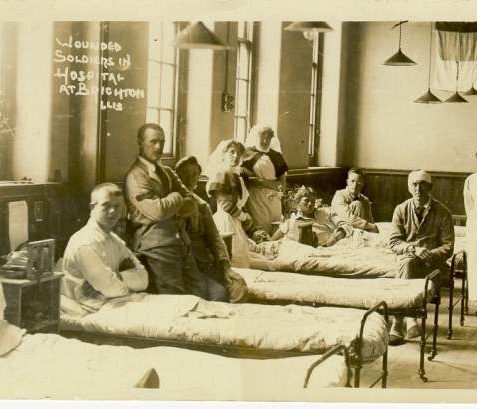 Wounded Soldiers in Hospital at Brighton, c. 1915: This photograph shows six soldiers, some in bed, and three nurses in a ward. During the 1914-18 war, military hospitals were set up in requisitioned buildings, including the recently completed Brighton, Hove and Sussex Grammar School, the Royal Pavilion and the Brighton Workhouse (now Brighton General Hospital) which became the Kitchener Military Hospital, where this photograph was taken.
Image reproduced with kind permission from Brighton and Hove in Pictures by Brighton and Hove City Council 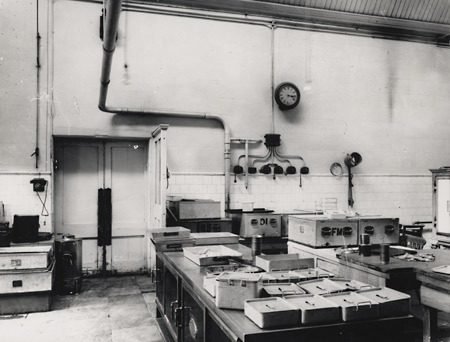 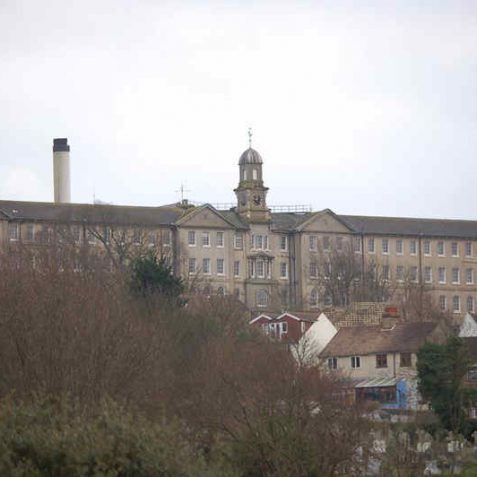 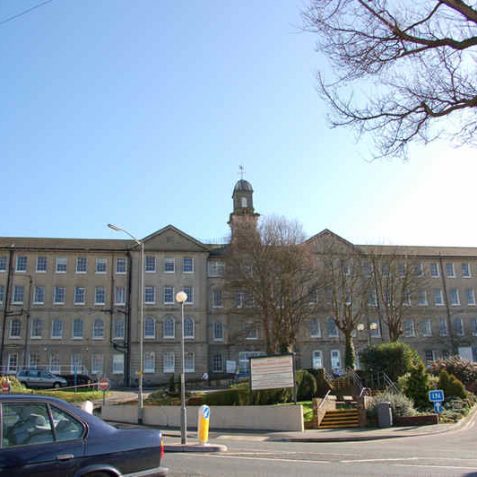 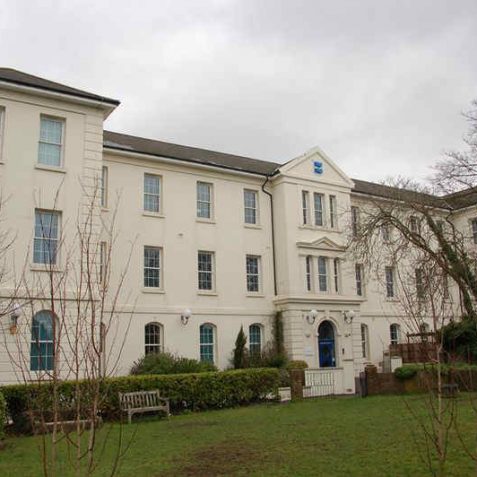 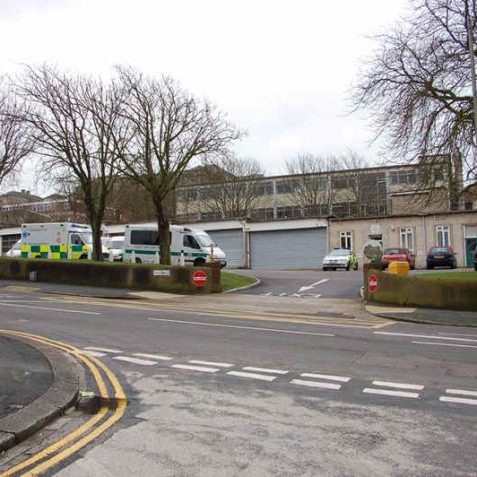 Ambulance station, built on the site of the former workhouse vegetable garden
Photo by Tony Mould 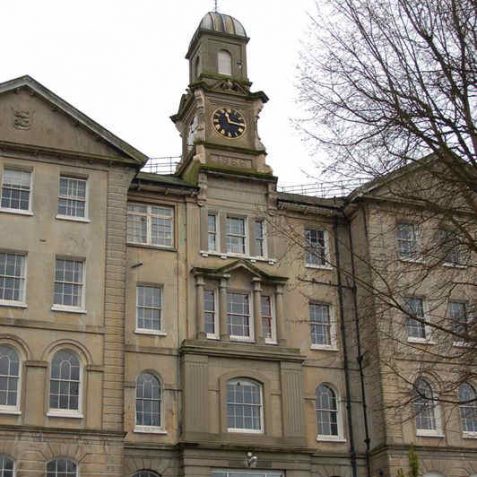 Built by George Maynard in 1865-7, the buildings now occupied by the Brighton General Hospital were administered by the Board of Guardians for the Parish of Brighton as a workhouse and infirmary until 1 April 1930 when their responsibilities passed to the public assistance committee of the county borough council. (They had been used as a hospital during the First World War, however.) The former Poor Law Institution became known as the Elm Grove Home, and on 1 November 1935 the BrightonMunicipalHospital was established in most of the buildings. (For details of the building’s life prior to this time see “Workhouses”.) More buildings were taken over in 1937, and in 1939-40 the new hospital took over the whole site, with the remaining occupants of the home evacuated to various establishments throughout the county. In May 1948 the establishment was renamed Brighton General Hospital , and was taken over the following month by the Ministry of Health following the National Health Service Act. It now has 495 beds, and is also the local teaching hospital with a post-graduate medical centre added in 1966. There are, however, plans to close the aging building if a new hospital is built at Hove.
The principal building, facing north-west above Elm Grove , is an impressive four-storey edifice with four gables and dolphin decorations, and has a frontage of 318 feet; the central clock tower has a cupola and weather-vane, and bears the date 1866. The large blocks facing Pankhurst Avenue were added in the 1890s.
The adjacent ambulance station in Elm Grove was erected in 1951-2 on the site of the former workhouse vegetable garden. The Brighton County Borough Ambulance Service took over from the police accident ambulance service on 1 October 1948, but was itself taken over by East Sussex County Council in April 1974.

The following resource(s) is quoted as a general source for the information above: {95}