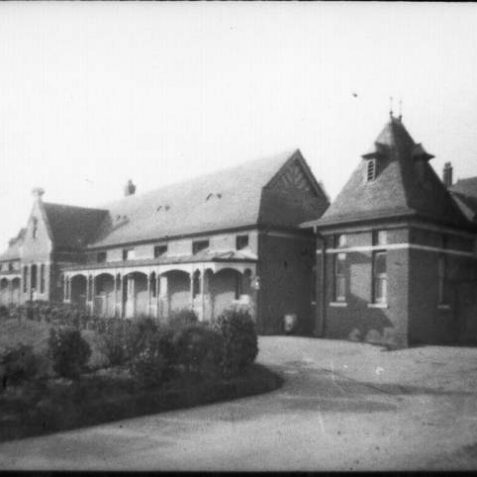 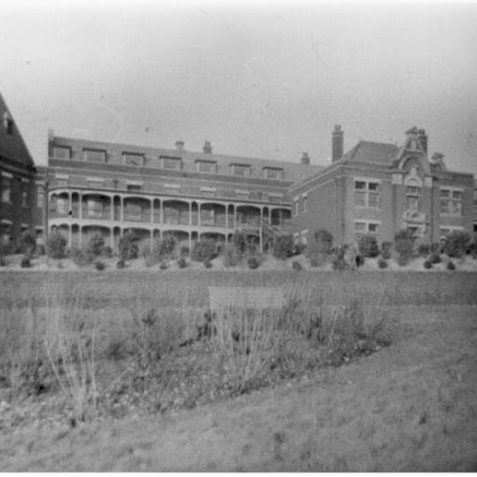 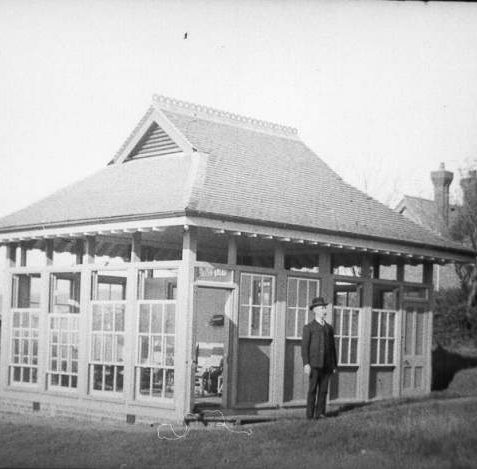 When the Brighton Sanitary Committee began discussing plans for an isolation hospital in 1879, the only place to treat cases of smallpox was the workhouse in Elm Grove, a fact about which the Guardians of the Poor, who has responsibility for the workhouse, were not happy. Smallpox is a highly infectious disease, so as soon as cases were diagnosed the patients had to be removed from circulation until they recovered or died.

The Brighton Borough Hospital
A 10-acre site was acquired by April 1881 on the other side of Bear Road from the cemetery and plans were drawn up for a permanent sanatorium, to be known as the Brighton Borough Hospital, with 50 beds. But before construction could begin an outbreak of smallpox necessitated the construction on the Bevendean site of a makeshift wooden structure with felt-covered roof and open-sided walkways. It consisted of two pavilions, each with separate wards for men and women, plus facilities for medical staff, administration, a kitchen and dispensary.

Temporary isolation wards
Early the following year an even more temporary structure of wood and corrugated iron that had been used during the Brighton Health Congress was moved to the site. This was big enough to form six wards to take cases of scarlet fever and diphtheria that were not admitted to other hospitals. In fact, despite the rudimentary nature of the facilities, Brighton was in the forefront among towns that established isolation hospitals. As late as 1893, there were only 28 such hospitals outside London and only 10, including Brighton’s, deemed adequate for the size of the local population.

Dr Arthur Newsholme’s reforming role
In 1888 Dr Arthur Newsholme was appointed Medical Officer of Health for Brighton and by the end of the year took over the additional post of Medical Officer of the Sanatorium. He found the sanatorium in dilapidating condition and unfit for purpose. It took two years for agreement to be reached on the need for a new hospital on the Bevendean site and it was not until June 1896 that the Local Government Board (LGB) approved funding. The first patients were admitted in March 1898 and the official dedication of the building by the mayor, Sir John Blaker, took place on 27 October that year.

Smallpox outpost
Further buildings were added between 1902 and 1905 but it was never necessary to add all the buildings included in the original plans. However, the LGB stipulated that a facility for treating smallpox should not be within half a mile of any inhabited place. So it imposed a condition on funding that smallpox cases were not to be admitted to the new hospital, which was less than half a mile from Preston Barracks,the Elm Grove workhouse and the streets that had developed around Bear Road.

Success of the vaccination programme
So what happened to smallpox patients? The incidence of cases had been reduced considerably and were now rare in Brighton, an achievement that Newsholme attributed to the vaccination programme, although slum clearance had played a significant part. Nonetheless, the risk remained and was potentially increasing, not least as a change in the law allowed parents to refuse vaccination for their children. There was a serious outbreak in 1902-03, during which chickenpox was made a notifiable disease locally to ensure that more smallpox cases could be traced.

The LGB urged local authorities to collaborate on joint projects for isolation hospitals but Brighton decided to act alone. The Corporation bought a farm on Fulking Hill near Devil’s Dyke and turned the farmhouse and its barn into a part-time hospital, known as Fulking Grange.