Conversion to an ice rink 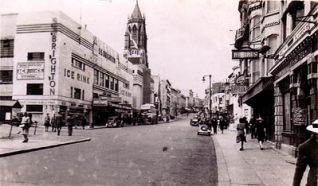 Unfortunately after its initial success, the popularity of the S.S. Brighton as a swimming pool was on the decline. Due to the very hot summers of 1934 and 1935, the local people and visitors to the town seemed to prefer the sea or open air baths. Fortunately the building of the S.S. Brighton had not cost the ratepayers a penny. The Mayor of Bournemouth financed it at a cost of £80,000 when his own town refused to let him build a similar building in Bournemouth.

Its heyday as the largest covered swimming pool in the world was over. The management had decided to turn the pool into an ice rink, albeit on a temporary basis only. On the 29th of September it closed its doors to the public, just fifteen months after it had opened. Whilst this was the end the pool, it was not the end of the S.S. Brighton. Seventeen days later, on the 16th of October 1935, the Mayor of Brighton, Alderman S J. Gibson, re-opened the building as the SportSStadium Brighton. A clever change of the name, which still retained the old S.S.Brighton image, a name that was cherished by the people of Brighton.

During those seventeen days of closure, 200 workmen erected temporary tubular steel scaffolding in the pool area, and on top of this a wood floor was laid. Fifteen miles of copper refrigeration piping were filled with a saline solution, to form an ice surface. The conversion had cost £12,000, but Brighton could now boast that it now had an Ice Rink.

A roaring success as an ice rink
The SportSStadium turned out to be a roaring success as an ice rink, with a skating session priced at 1s 6d. Ironically thirty years later in 1965, when the workmen were tearing up the floor, the original scaffolding had not moved an inch. Considering it was only put up as a temporary measure, the workmen had done an excellent job initially in securing the scaffolding.

A new era had begun and ice-skating was to dominate the S.S. Brighton for the next thirty years. Their Worships the Mayors and Mayoress of Brighton performed the official opening on the 16th of October. On the first day of opening, the general manager, Mr C. Foster-Marner had over four thousand people squeezed into the rink. Hundreds more were turned away at the entrance. Fights broke out and many of the rink’s windows were broken in protest. Miss Cecilia Colledge (British Lady Amateur Champion) gave an exhibition of ice skating, followed by Madge Austin and Colin Ford, who performed a Spanish dance.

Ice-skating proved to be very popular and people would come to the rink from all parts of the south coast. The rink had its own ice skating instructors and, for a small fee, lessons were given to people of all ages. From its early days of ice skating, the S.S. Brighton was to produce many homegrown world champions, and gained a reputation as one of the biggest sporting and entertainment venues in England.