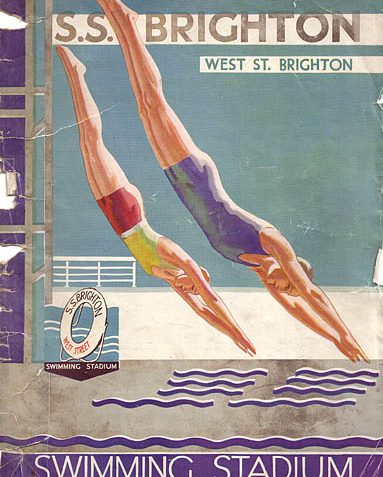 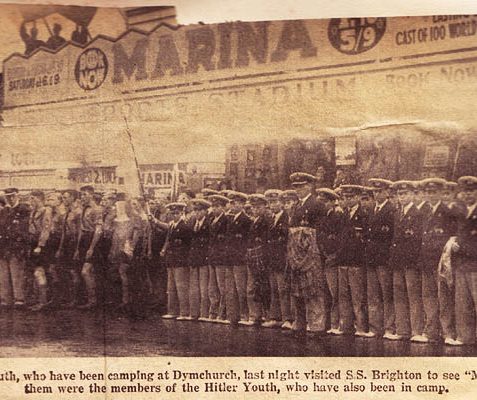 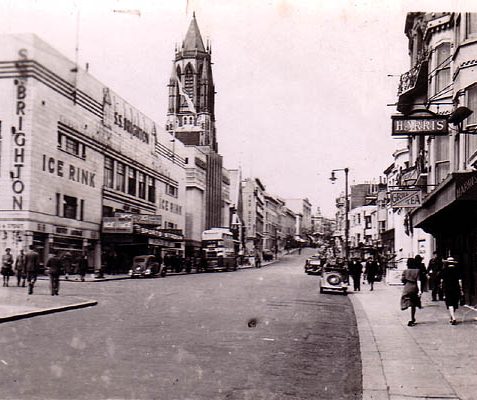 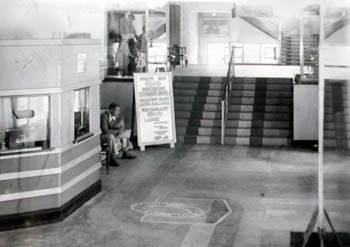 Main foyer of the Swimming Stadium 1934/5. The centre piece to the large entrance in West Street were the two Art Deco brass banisters inlaid with diving ladies dominating the stairway. The main foyer was a model to the latest in fashion design with its pastel colours and beautiful inlaid floors. The main feature being a large motif of the S.S. Brighton life belt inlaid in the centre of the floor. 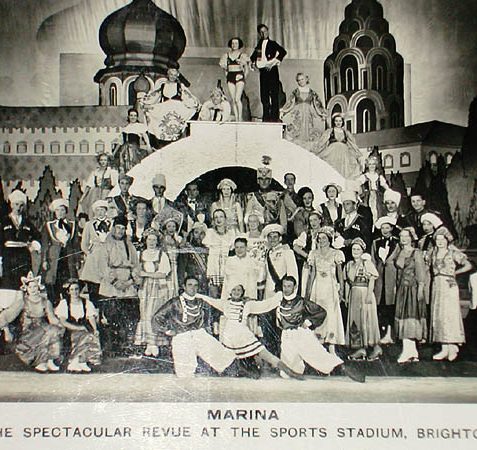 This is the cast of "Marina" which was the first professional ice spectacular in 1936 to be staged at the Sports Stadium. It was seen by over 250,000 people. The show was produced by Claude Langdon and Dennis Mitchell and went on to tour all the major cities in Britain. 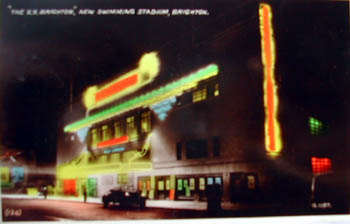 Neon lighting at the Swimming Stadium. This rare postcard shows the Swimming Stadium taken at night swathed in neon lighting, which was an unusual sight on new buildings in Brighton.Mr George Claude and his French company Claude Neon introduced neon gas signs to the USA in 1924 and the lighting quickly became a popular fixture in outdoor advertising worldwide. Visible even in daylight, people would stop and stare at the first neon signs dubbed "liquid fire." 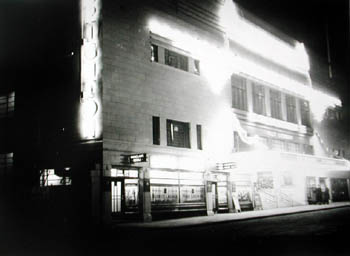 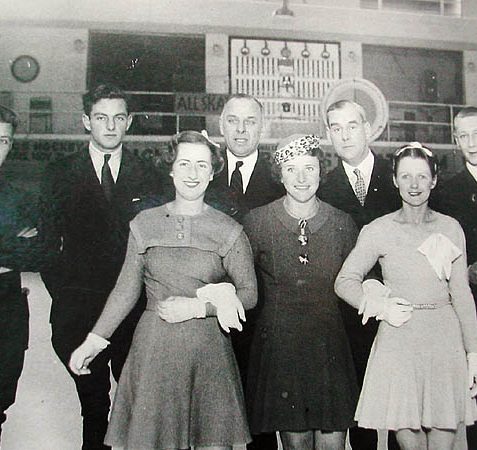 These were the first instructional staff at the rink in 1935 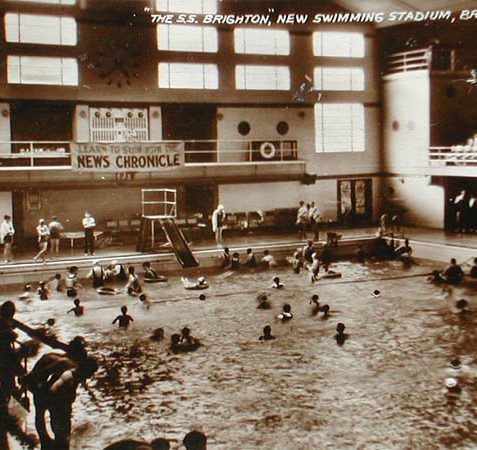 This original photograph postcard shows the interior of Swimming Stadium Brighton in 1934/5. The ship (Queen Mary) resting on the first floor deck was anchored in the middle of the pool at the end of the day and floodlit. 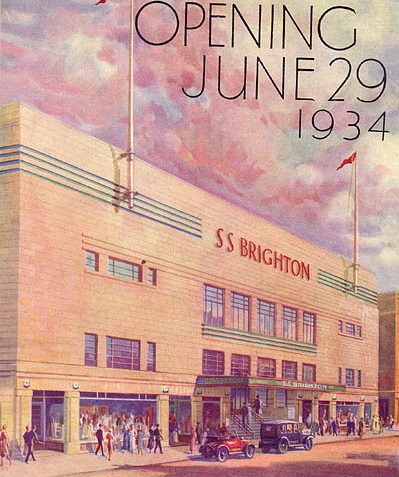 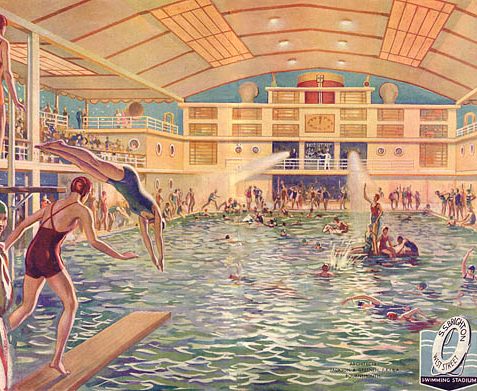 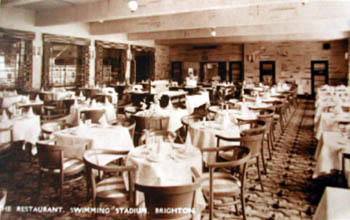 Silver Grill Restaurant of the Swimming Stadium, Brighton. The restaurant was open daily to the general public until 11.30pm each evening and lunch could be had for the princely of two shillings and six pence. A considerable amount in 1934! Dinner for nearly double the price at four shillings and six pence and a full a la carte menu was also available. Even the silverware was of the highest quality and provided by Mappin & Webb of London. The management stated it was always happy to show patrons over its model restaurant kitchens and see its expert chefs at work. The smooth running of the restaurant was conducted under the ever-watchful eye of the restaurant manager Mr L. Novelli, late of the Prince's, London.