You are here: HomenextPlacesnextHotelsnextGrand Hotel, Kings RoadnextBuilt in the Italiante style

Built in the Italiante style 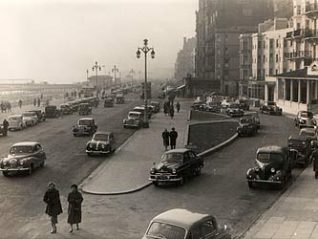 zoom
Forecourt of the Grand Hotel

The Grand Hotel was built in the Italianate style by the London architect John Whichcord between 1862 and 1864 on the site of Artillery Place which had incorporated the old West Battery House and ammunition ground, as well as Hobdens Royal Baths.

Terrorist attack
On 12 October 1984 the hotel was severely damaged by a terrorist bomb planted to assassinate Margaret Thatcher’s Cabinet – in Brighton for the Conservative Party Conference. The hotel has since been meticulously restored with the addition of extra car parking.