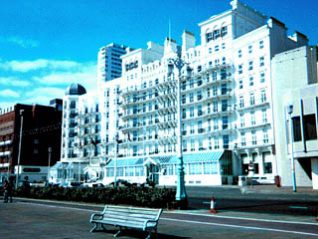 “The Grand Hotel is a magnificent edifice, right in the centre of town. It’s part of our tourist trade. The magnificence has been increased in a sad way because in 1984 it was devastated by a terrorist bomb. Since then an army of workmen moved in and completely refurbished the inside and outside of it and it’s even more magnificent now than in its early days.”