You are here: HomenextPlacesnextHotelsnextGrand Hotel, Kings RoadnextBuilt at a cost of £100,000 c1862/64 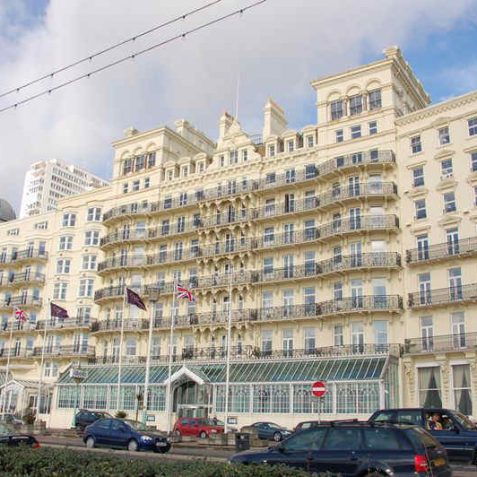 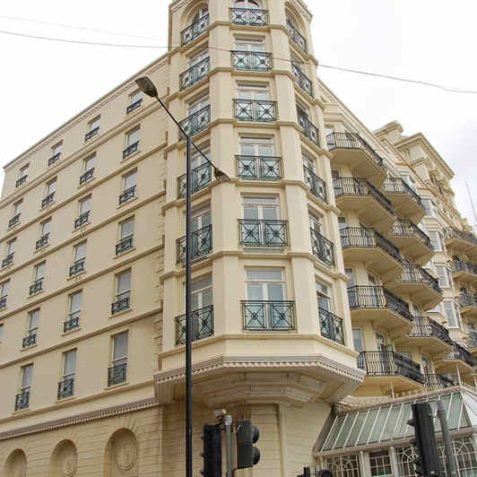 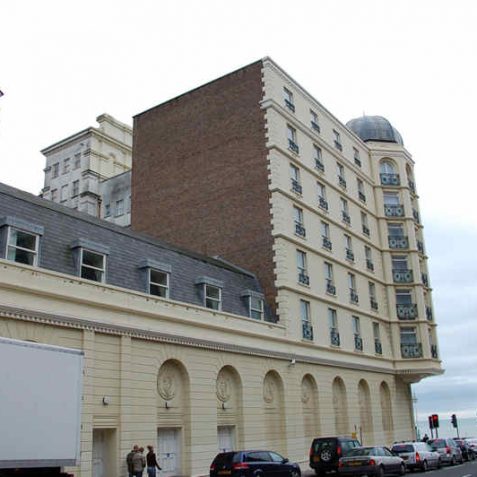 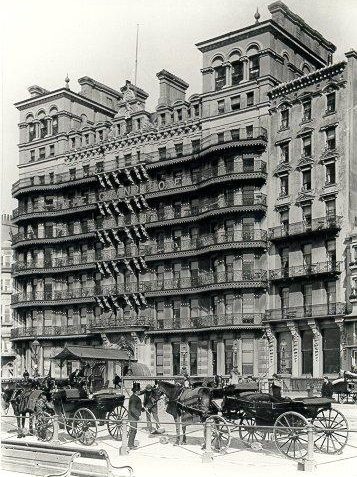 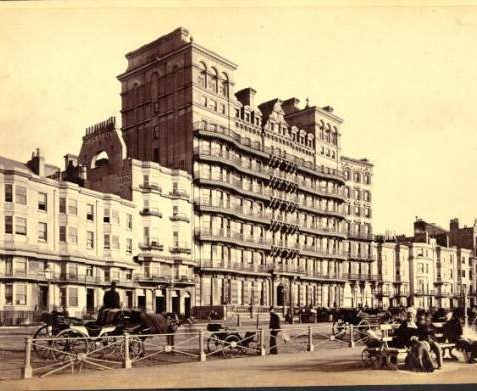 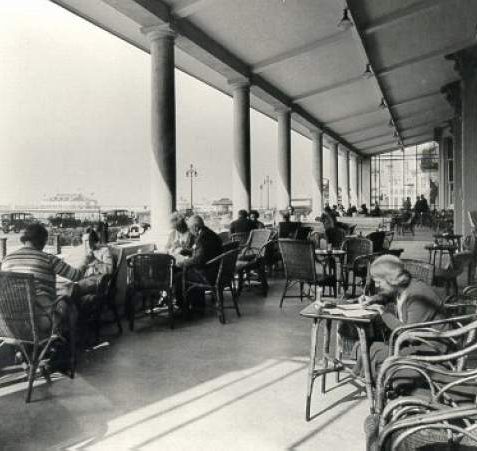 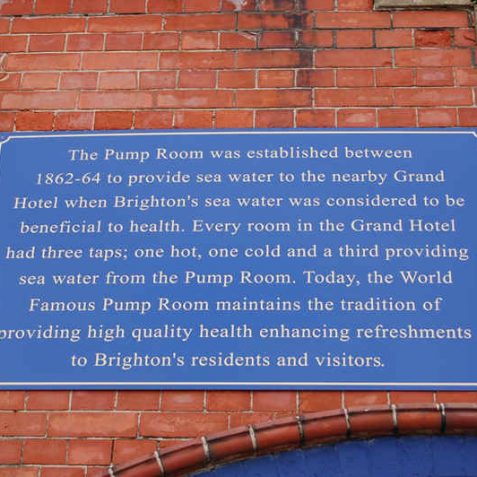 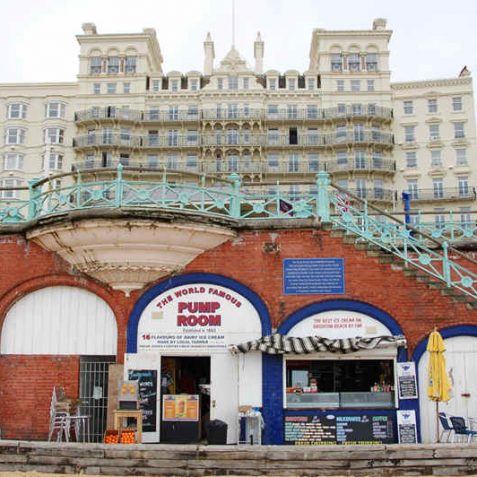 Designed in Italian style by J.H.Whichcord, the Grand Hotel was built in 1862-4 at a cost of about £100,000 on the site of the houses of Artillery Place; the West Battery formerly stood directly in front of the service road. Opening on 23 July 1864, it was by far the largest hotel in Brighton with over 150 bedrooms, and, with eight storeys, was also the tallest building in the town. The Grand was kept up-to-date with all the modern conveniences, and was among the first hotels in the country to include electric lighting and lifts, or ‘ascending omnibuses’ as they were initially known. Many famous guests have stayed at the hotel over the years including Napoleon III, President Kennedy, the Duke of Windsor, Ronald Reagan, and the Russians Malenkov and Bulganin. In the 1960s Prime Minister Harold Wilson held a full cabinet meeting in the banqueting room during a Labour Party conference.

In November 1961 the hotel came under the threat of redevelopment by Brighton Council which decided to compulsorily purchase it as part of the Churchill Square project, but it was listed by the government and demolition thereby prevented; it would have been replaced by an amusement centre.

The Grand achieved world fame, or rather notoriety, on the morning of 12 October 1984 when, at 2.54 a.m., a twenty-five pound gelignite bomb planted by the Provisional Irish Republican Army exploded in room 629 in an attempt to assassinate Prime Minister Margaret Thatcher and her cabinet, who were attending the Conservative Party conference in the adjacent Brighton Centre . Five people were killed and thirty-four injured, and by the light of day a gaping chasm could be seen in the centre of the building. On 10 June 1986 Patrick Magee was convicted at the Old Bailey and given a life sentence for murder in the event which has become known as the ‘Brighton Bombing’.

The hotel’s owners, De Vere Hotels, decided to rebuild and refurbish the whole building in its original style at a cost of £10 million. The decorative details, the two wide bows topped by roof pavilions, and the intricate ironwork were all restored, and a new conservatory was added along the length of the ground floor. The magnificently reconstructed hotel was formally reopened on 28 August 1986 by Margaret Thatcher, and now has 162 bedrooms and many other new facilities, including Hobdens Health Hydro which commemorate the former baths that stood on the site. In 1988 the Grand became the first Brighton hotel to be awarded five stars for its facilities.