You are here: HomenextPlacesnextHousesnextBedford House, Marine ParadenextNot built to last

Not built to last 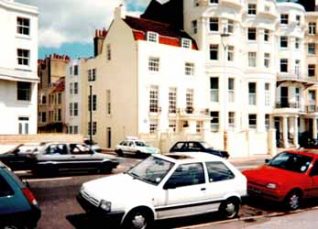 zoom
Marine Parade: Dorset House in the centre of the picture

“This is known as Bedford House. It was built by the Duke of Bedford and he only built this smallish house because he didn’t think Brighton’s popularity would really last.

After the war it was bought by Doyley John(?), the artist, and afterwards by Terence Rattigan, a well-known playwright.

During the great storm of 1987, the whole of the side of the house came away and for a very long time it was shored up so that one couldn’t come down Bedford Street at all.”