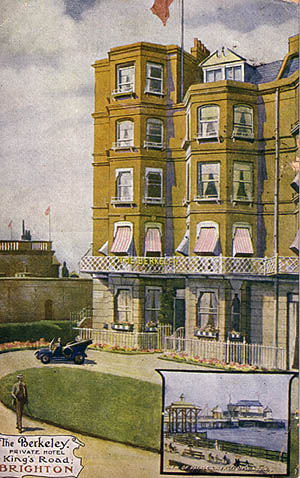 This original postcard of the Berkeley, a private hotel in King’s Road, was posted in 1914 to a friend in Hay, Hereford. The post card was found by myself in a shop in Queens Road that specializes in postcards etc. The postcard was of particular interest to me as I had made an offer for an apartment in the block and was waiting to exchange contracts.

Converted into flats
The building was converted to seventeen flats about fifteen years ago and is now called Berkeley Court. The top floor apartment to the left is my apartment.