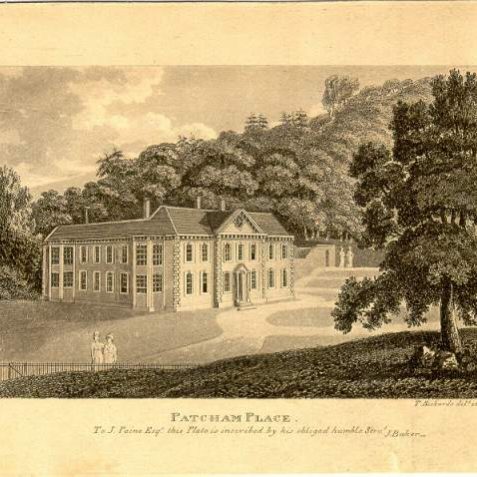 Patcham Place, pre 1850: Patcham Place was originally built in 1558 for Sir William West, Lord de la Warr, but was rebuilt with a facade of black mathematical tiles, pediment and a Tuscan doorway in 1767 for John Paine. In 1926 it was purchased with its grounds by Brighton Corporation for £6000. Since 1939 it has been a Youth Hostel.
Image reproduced with kind permission from Brighton and Hove in Pictures by Brighton and Hove City Council 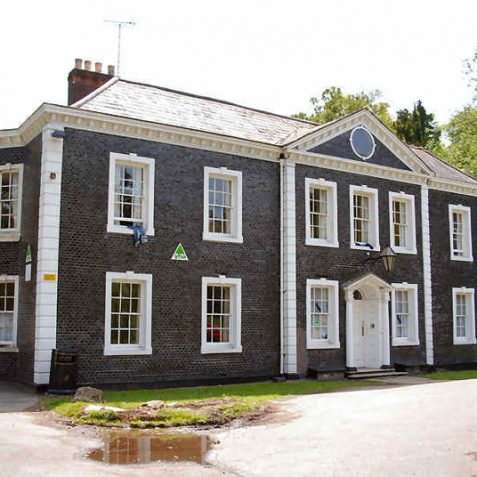 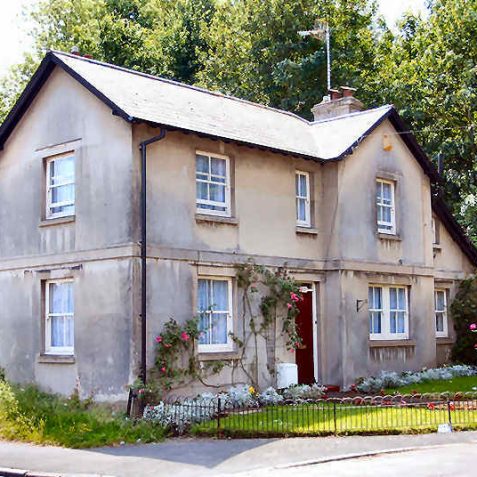 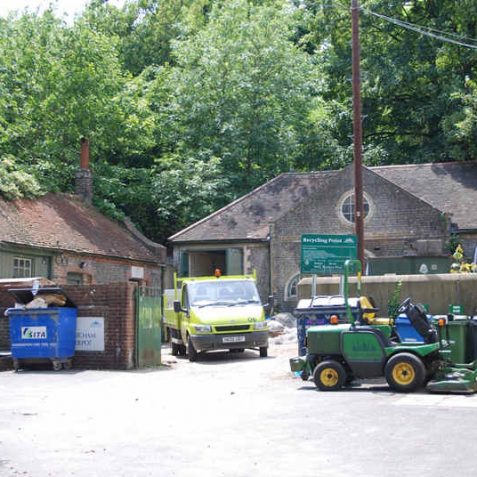 d) PATCHAM PLACE : Standing on the other side of the London Road , this large, grade II*-listed mansion was originally built in 1558 for Sir William West, Lord de la Warr, but it was rebuilt with the addition of the present facade of black mathematical tiles , pediment and Tuscan doorway in 1764 for John Paine. In the mid sixteenth century the estate was the property of Richard Shelley, one of the commissioners for the ‘Book of all the Auncient Customs’ (sic) (see “Ancient Customs”), but the house is said to be haunted by one of its later owners, Anthony Stapley, who was a signatory to King Charles I’s death warrant. The owner in 1840, Major Paine, fortunately insisted that the railway should pass through his land in a tunnel rather than a cutting.
At the rear of the house is a listed stable building with an unusual cobbled pediment, and there is also a lodge by the London Road . In 1926 the house and grounds were purchased by the corporation for £6,000, and since 1939 it has been leased as a youth hostel. The parkland is now known as the Patcham Recreation Ground, but the magnificent woodland on the side of Coney Hill was decimated by the storm of October 1987 .
{1,44,45,47,126,128,305}