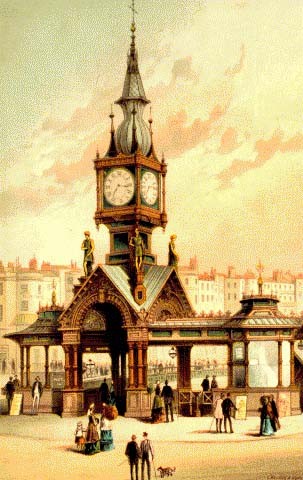 zoom
Coloured print showing Brighton aquarium, circa 1880
Image from the 'My Brighton' exhibit

A fashionable success
The aquarium was designed by the celebrated pier architect, Eugenius Birch. When it opened in 1872 it contained not only marine exhibits, but also a reading room, restaurant and conservatory. It was an instant, fashionable success and within a few years was extended to include a roof terrace garden, roller skating rink and music conservatory.

Corporation purchase and rebuilding
Through the 1880s visitors could admire display tanks containing sea-lions, a large octopus and lobsters. Although the Aquarium introduced organ recitals, lectures, concerts and plays, it failed to sustain the success of the early years, and in 1901 it was bought by the Corporation which completely rebuilt the exterior between 1927 and 1929.