Meet the Keeper of the Royal Pavilion 2006 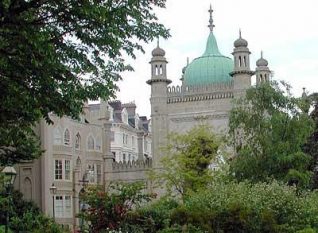 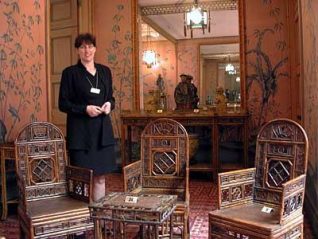 zoom
Guide at the Pavilion
Photo by John Desborough 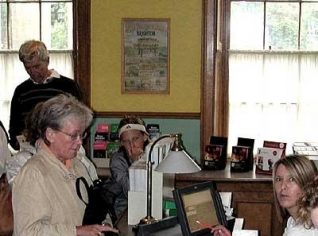 zoom
Entrance to the Pavilion
Photo by John Desborough

What a privilege as you enter your place of work every morning to walk in, look around, stop and say “Wow!”. That’s what it’s like for Andrew Barlow who has a job with a definite Wow Factor. He is Keeper of the Royal Pavilion.

His office is at the top of a stone staircase at the North end of the building, a room that once was used by the Page of the Back Stairs who would scamper down to the Royal apartments whenever he might be summoned. Two long windows look out over green lawns.

The skilled and specialist Pavilion team
Andrew’s job is that of curator of this historic building, but he is quick to point out that he is part of a skilled and specialist team who all work together to keep the Pavilion Experience running smoothly. Members of the public who flock in their thousands to tour the building meet the front of house staff who sell them tickets, guide them around or just keep an eye. But behind the scenes the highly skilled conservation team carry out an on-going programme of repair and improvement, while each morning the cleaners vacuum and dust with huge care all around the valuable displays.

A working civic building
The Pavilion has belonged to Brighton Council since they purchased it in 1850 and comes under the direction of Brighton and Hove’s Museums and Libraries department. As such it is very much a working building, a civic space as well as a tourist attraction. It was one of the first places in the city to be licensed for weddings, while corporate events and concerts are held here regularly, and it is frequently sought out by television and film crews either for documentary history programmes or as a location for feature films.

You either love it or hate it
The Royal Pavilion is a bit like the City of Brighton and Hove itself, you either love it or hate it, very few people are able to remain impartial. For some the ornate and elaborate furnishing and decorations inside the Pavilion are too much of an assault on the senses – they certainly hadn’t invented the word ‘minimalism’ when designing this interior. Others fall in love with the richness and lavish abandon of this Prince’s playground.

A work of art
The Pavilion has so much history, so many stories attached to every part of it inside and out, that Andrew and the team find it hard to know just how to interpret the building. A quick stroll through the rooms gives a good impression of how the Regent – later the King – entertained, but the more you know about it the more fascinating it all becomes.

Andrew says they think of it as “a work of art”, the only way to manage and work with something as unique as the Royal Pavilion is to adopt an holistic approach where everything is integrated, the whole is a concept. For visitors it is difficult to grasp exactly what the building is, what its size is, what its purpose might be. A lot of this is down to the architect John Nash who set out to disguise the outside of the former farmhouse and create the extraordinary vision of an oriental Pavilion.

Juggling perceptions
In fact it is not a particularly large building, certainly not in comparison to other royal palaces around Britain. It was never designed to accommodate large numbers of people, so when the Regent came to town and the Court and Society followed, most people would find their own accommodation nearby. Even so, on entering the building it is easy to believe one is in a vast palace and this clever juggling of perceptions is something that Andrew loves about the building.

The entrance area is comparatively simple in its decoration, as visitors mill around waiting to enter the main areas there is little hint of what is to come. The Long Gallery introduces a sense of richness, its length and design give the impression that games are being played with texture and colour. But nothing prepares you for arrival in the Banqueting Room where the word so often heard is quite simply “Wow”.