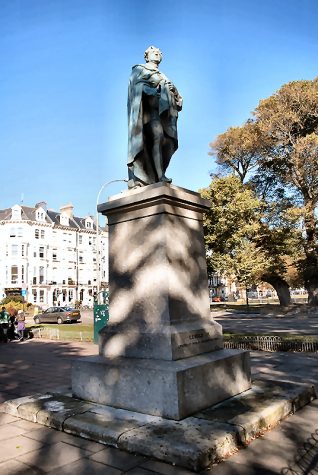 l) GEORGE IV STATUE, Church Street : Now standing to the east of the North Gate, this nine-foot bronze figure on a ten-foot granite pedestal was designed by Sir Francis Chantrey and was originally unveiled in the Steine on 9 October 1828 after a public subscription had raised 3,000 guineas. The listed statue was moved to its present position on 14 March 1922 to allow for the erection of Brighton’s War Memorial .