Construction and Opening in October 1866 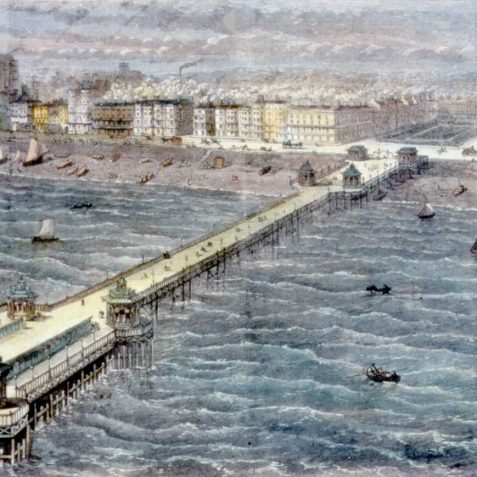 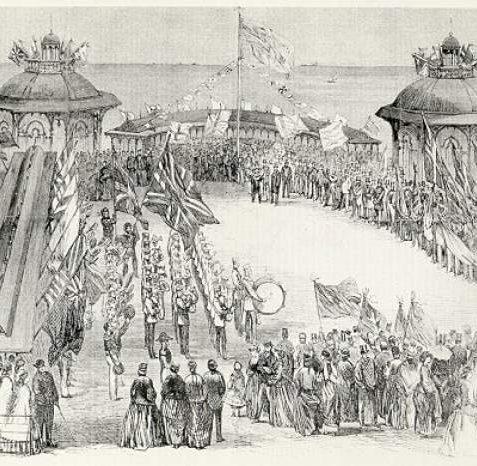 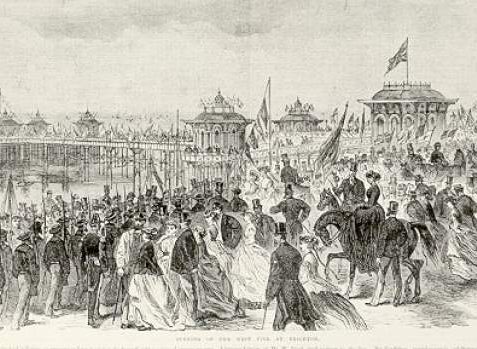 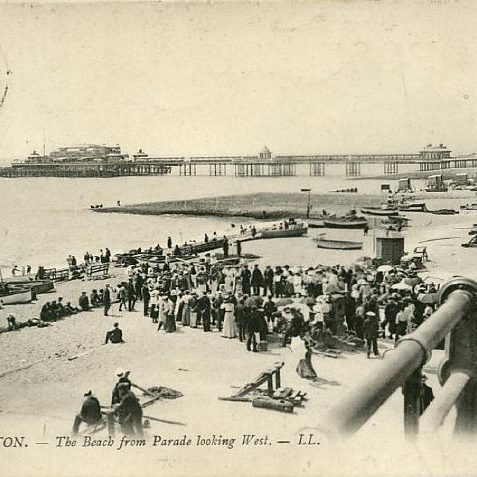 Later photo of the West Pier which illustrates its full length and how exposed the promenade deck was.
From the private collection of Tony Drury

a) CONSTRUCTION and OPENING: This most elegant of seaside piers, the supreme example of Victorian pier-building techniques, was designed by the most famous of pier engineers and architects, Eugenius Birch, as a promenade pier for the western end of the town. Construction commenced in April 1863 using Birch’s cast-iron screw piles, and took three years to complete at a cost of £27,000; the new pier was opened by the mayor, Henry Martin, on 6 October 1866. Stretching for 1,115 feet out to sea, the West Pier initially had only two square kiosks at the entrance, two octagonal kiosks with minarets in the centre, and four more octagonal kiosks at the corners of the large pier-head platform which also had some windshields; the structure was illuminated at night. Decorative ironwork features added greatly to its charm, but the pier was the subject of strong criticism by the residents of Regency Square who took a particular dislike to the square toll-houses. Among the attractions were a miniature cannon fired by the sun at midday, and the skull of a whale washed ashore in January 1882. A model of the pier at this time may be seen in Brighton Museum .