Developments in the 19th and 20th centuries 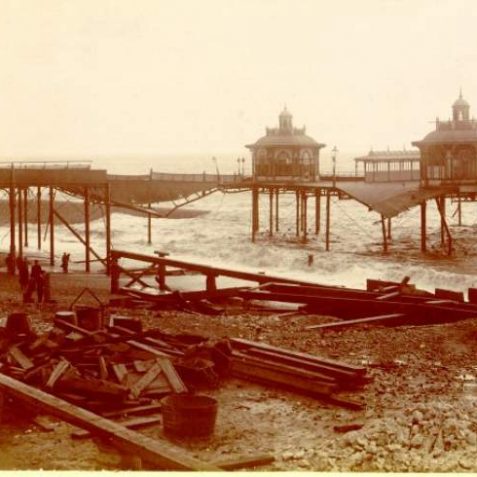 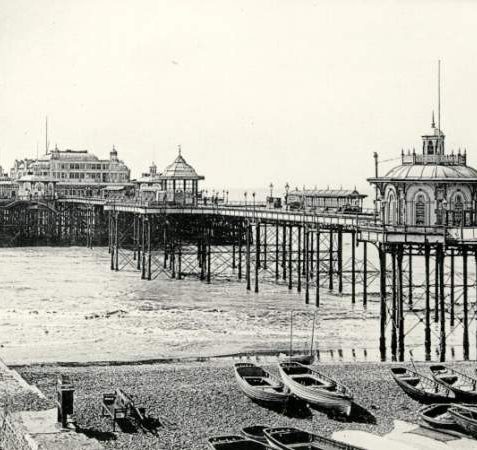 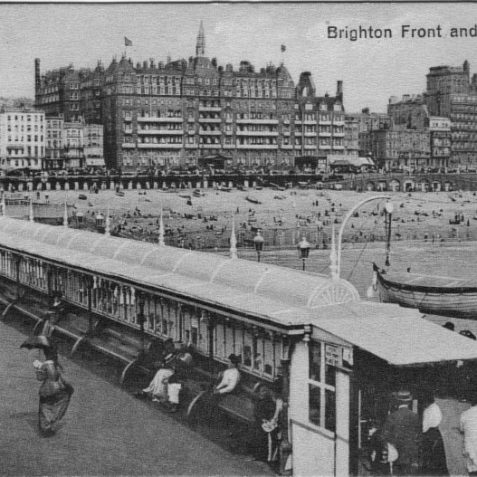 West Pier in 1913 showing the sheltered seating that ran the length of the promenade deck.
From the private collection of Tony Drury 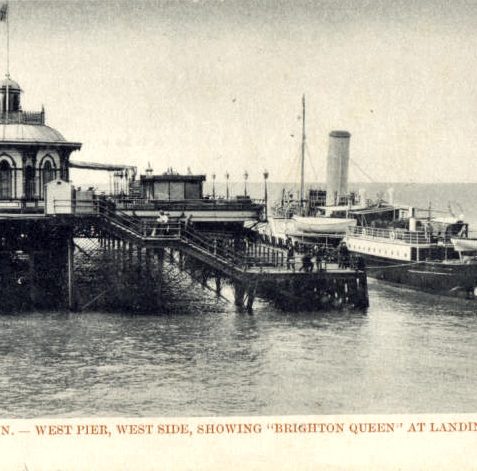 The paddle steamer 'Brighton Queen' alongside the landing stage on the west side of the West Pier.
From the private collection of Tony Drury 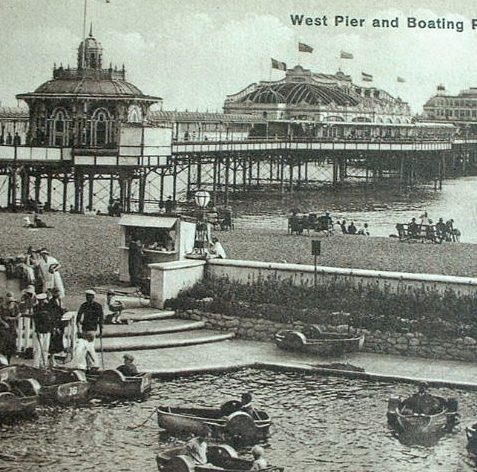 The fully developed pier with 1866 Kiosks, 1893 Pavilion and Concert Hall
From the private collection of Tony Drury 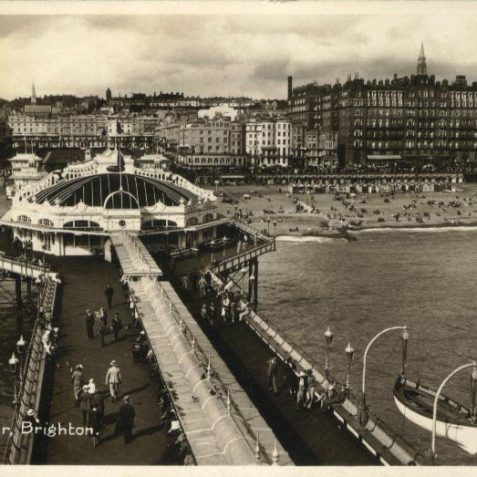 View looking back down the West Pier towards the Pavilion which was added in 1893.
From the private collection of Tony Drury 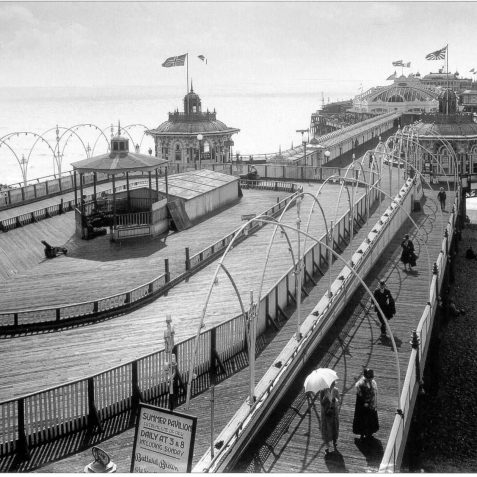 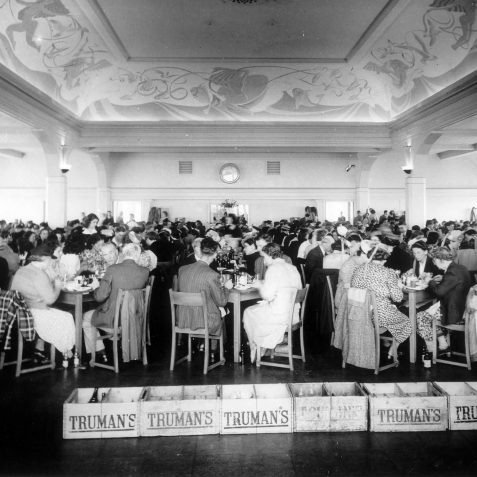 'Lunch and Tea over the Sea': The Ocean Restaurant - late 1940's
Reproduced courtesy of The Brighton West Pier Trust

b) ADDITIONS: The West Pier remained largely unaltered for over twenty years until 1890 when a new company took over and immediately added the central windshield. Three years later, in 1893, the pier-head was widened and a large pavilion was erected, decorated with oriental towers and seating 1,400; a landing stage was added at the same time. In November 1896 however, the West Pier was damaged to the tune of £6,000 by wreckage from the Chain Pier . The pavilion was converted into a theatre in 1903, and further additions came with the attractive concert hall at the centre in 1916, and the raised entrance at the shore end in 1932.
Between the wars the West Pier was used by day-trippers to and from France and had resident customs officials, but in 1940 the structure was cut in two to prevent an enemy landing. When the pier reopened in 1945 the theatre, which had had its own repertory company in the 1930s, was converted into an amusement arcade. It was also used for filming Oh! What a Lovely War in about 1968.