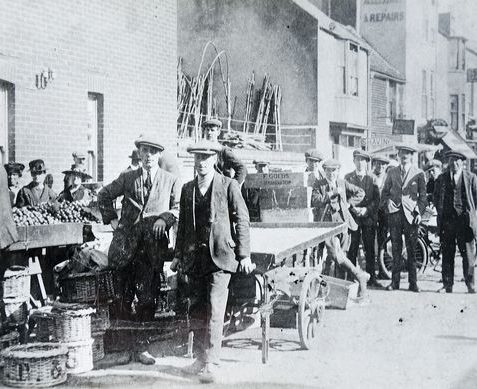 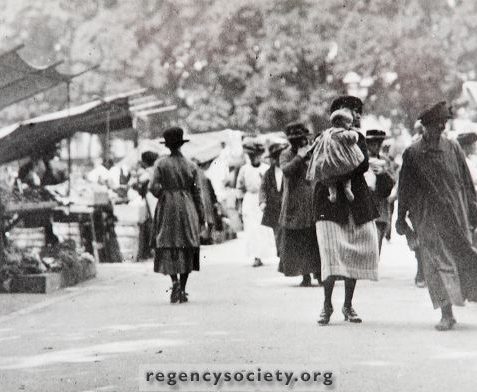 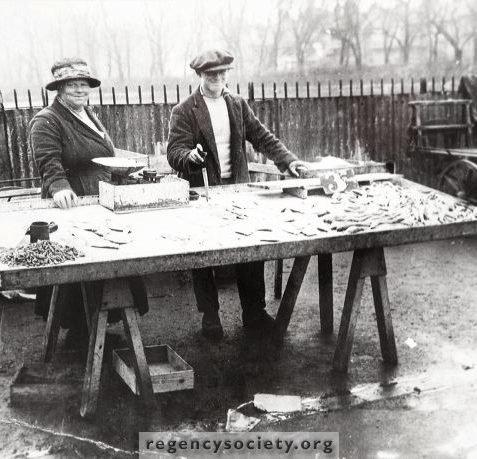 Stall holders on the level c1922: Hanover Crescent in the background
Image reproduced with kind permission of The Regency Society and The James Gray Collection 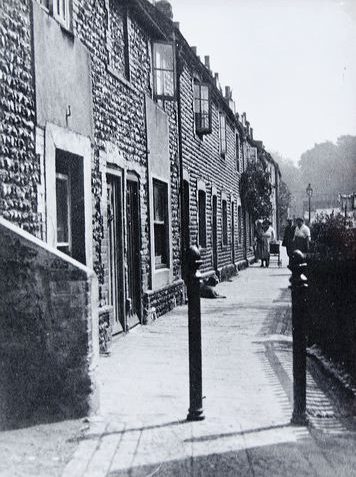 Marshall's Row houses; gardens on the right
Image reproduced with kind permission of The Regency Society and The James Gray Collection 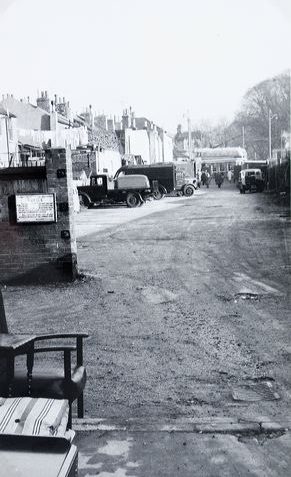 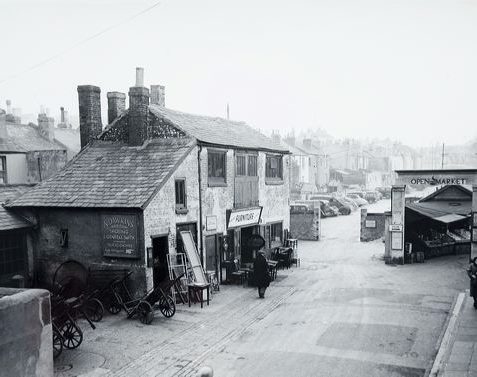 Entrance to Marshall's Row, showing the premises of W. Dawkins, the blacksmith on the left of the photograph
Image reproduced with kind permission of The Regency Society and The James Gray Collection 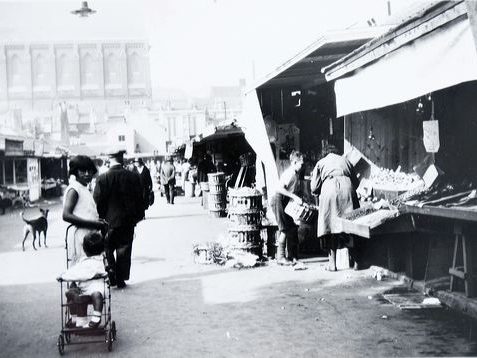 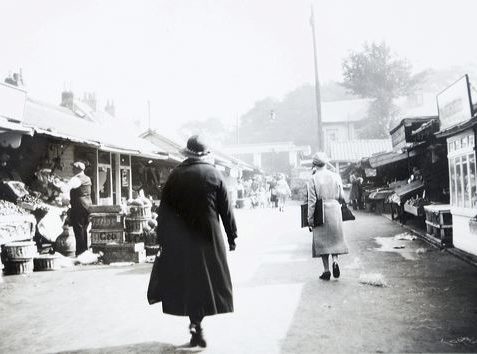 The Open Market started in Oxford Street in 1919 as an unorganised collection of barrows, mainly owned by ex-servicemen, but also by some of the town’s ‘barrow boys’. The barrow boys were also known as ‘fly-pitchers’ because of their habit of pitching their barrows ‘on the fly’ and moving from site to site.

Moved to The Level

In the early 1920s, Brighton Council, conscious of many complaints, moved the traders from Oxford Street to the central rose-walk on The Level. It was then that Harry Cowley, a local workers’ rights activist became involved. He led a campaign for a permanent site for the market. As a result, on 19th November 1926, a permanent site was opened in the gardens of the cobbled fronted houses of Marshall’s Row.

The new arrangement may have been useful for the traders, but the residents of Marshall’s Row certainly did not take to having such a mass of people and stalls just in front of their houses. By 1938 the houses had been demolished and there were plans to use the space for an extended market.

However, for many years the site was undeveloped and used merely for parking for cars and lorries. Finally the newly built Open Market, comprising forty-two stalls was opened on 7th January 1960, by the then Duke of Norfolk.