A place for all seasons

Happy times with the dogs

I was born and lived in Port Hall Street from 1943 to 1964. Dyke Road Park holds many happy memories for me. The park keeper who everyone feared was Cyril, and there was old Charlie and younger Charlie. The cafe was run by Evelyn with Lola helping out part time. I used to take my dog Scamp to the park every day. Normally I would meet Valerie Miller and her mum Eve, and their dog Rob; we had many happy times walking the dogs. I remember that all the children from the area played in the park.

At one time the big field at the back was allotments. It was ploughed over and grassed in 1951; the steps from the rose garden to the tennis courts were put in about 1954. Between the cafe and tennis courts there was a plot of yellow broom bushes, and in the rose garden above the fountain on the wall, was a bronze lion’s mask spouting water from its mouth. The original privet hedges were replaced in the seventies. 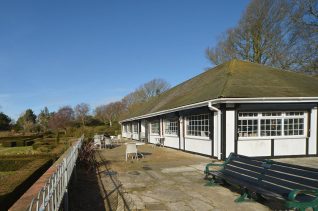 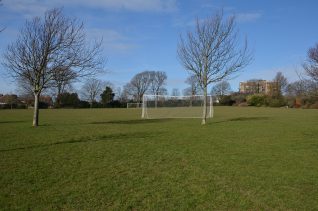 Some of the people I remember were Wally an older man said to be an ex Leyton Orient player. He wore a Norman Wisdom type cap and played football with us, and old Harry who I later became friends with. He wore a black overcoat and a blue French beret in winter and summer; he used to walk in the park every day rain or shine. The older boys formed a football team, and used to play the amateur teams in friendly matches at Hove Park. There was also a strange old couple, who used to lay a blanket out, and lay with another blanket covering them in the middle of the big field. 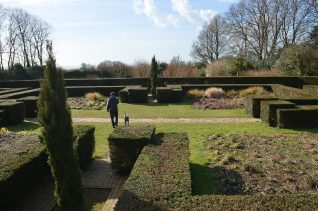 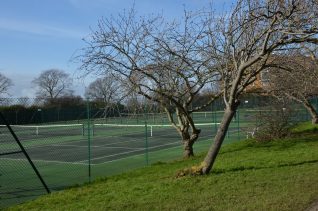 On the terrace of the café there used to be the old ladies from Fairways flats; they were always very chatty and friendly. On a Sunday evening in Dyke Road at the Army Barracks opposite the tennis courts, the band would play and people would gather in the park to listen. Although I don’t live in Brighton any more I still go there now and again it hasn’t altered much. I have many happy memories of my times there.