A short history of the miniature railway 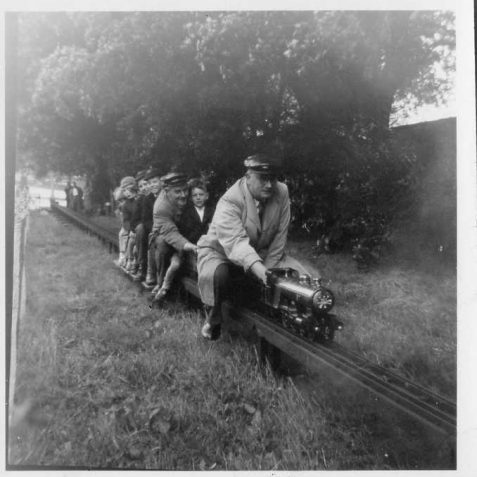 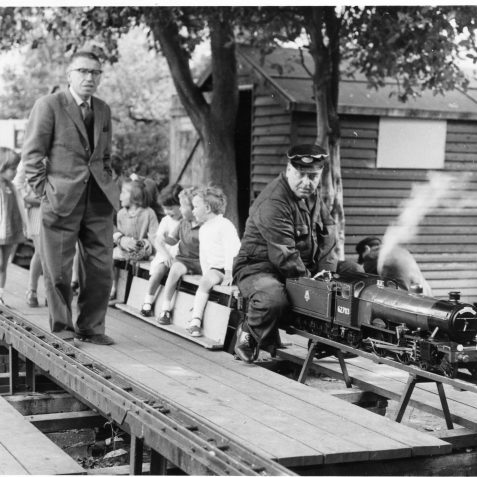 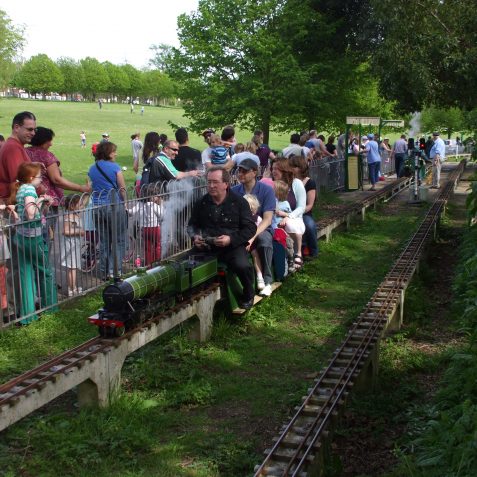 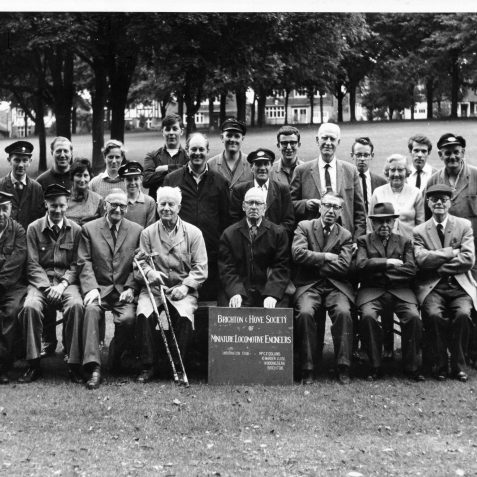 The little railway in Hove Park has amused young and old alike for more than half a century. In fact, 2011 will mark the 60th anniversary of its opening by the then Mayor of Hove on June 23rd 1951.

Having been dismantled from its previous site at Withdean Zoo, the  track was set up at the north end of Hove Park by the society known then as the Brighton & Hove Society of Model Engineers. It ran alongside the pumping station (now the Engineerium) wall and was erected in the early summer of 1951 and officially opened by the mayor.

The single short ‘up and down’ raised track was laid to 2.5-inch, 3.5-inch and 5-inch gauges. The railway was an immediate success with over 500 passengers being carried on the official opening day.  The miniature steam locomotives and rolling stock were all built or owned by members of the society. The locomotives followed their full sized ‘sisters’ in being coal fired, in fact faithful replicas.

In 1957, the railway was expanded to include a second parallel track alongside the original and catering for 5-inch gauge only. The following year, both tracks were extended to a length of 90 yards, (82.3 metres). In 1962, a new society, the Brighton & Hove Society of Miniature Locomotive Engineers, was formed and it is this society that owns and operates the HPR today.