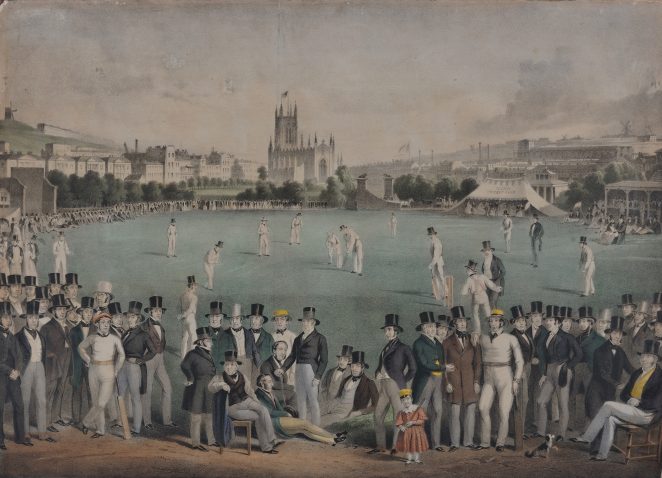 Aquatint, 19th century, shows a cricket match on The Level; St Peter’s Church can be seen in the background. Click on the image to open a large version in a new window.

A public space for ordinary people

In the 1800s The Level was the only public space in Brighton to allow ball games and what we would now call informal recreation to take place. The Valley Gardens, Old Steine, New Steine and Victoria Gardens were exclusively enclosed and reserved for the well dressed to promenade.

Games banned on The Steine

The Level has been used for cricket since at least 1750. The ground was the property of the Lord of the Manor and it had been appropriated for recreation, initially on sufferance, by the inhabitants of the town. The Level became a main venue for ball games including cricket when all games on the Steine were banned in 1787. In September 1790, what is generally believed to be the first match played on The Level between Sussex and Kent was held. The participating teams were Brighton and Tunbridge Wells; the Brightonians were the victors.

In 1791 the Prince of Wales Ground, also known as the Prince’s Ground, was laid out on The Level. The Prince of Wales, Prince George, later George IV, took a great interest in the game and was a frequent visitor to Brighton. He presented the cricketers with a ground which was on the northern part of The Level, an area which is no longer part of the park today, as it forms part of the gardens and houses of Park Crescent. The last cricket match to be played there, when the cricket ground was still part of The Level, was in August 1822. The match was between Brighton and Dorking.

Later in 1822, this ten acre northern section of The Level, including the cricket ground, was bought by James Ireland, and laid out as the Royal Gardens also known as Ireland’s Gardens. The cricket ground continued but was now known as the Hanover ground. The Royal Sussex cricket club was established in 1839 and played in Ireland’s Gardens until 1848. Early players included the Lilywhite family and John Wisden, founder of the Cricketers almanac. 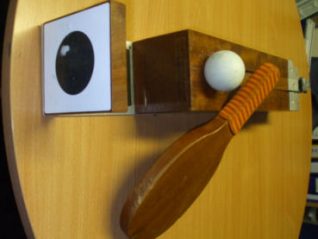 Bat and trap used in the ancient game

Game of Bat and Trap

The Level is also linked to the earliest history of the game Bat and Trap.This game was traditionally played at The Level on Good Fridays. Bat and trap is the modern name for trap ball, a very old game played in England since the Middle Ages.

Click on the images to open a large version in new window. Click again to further enlarge. 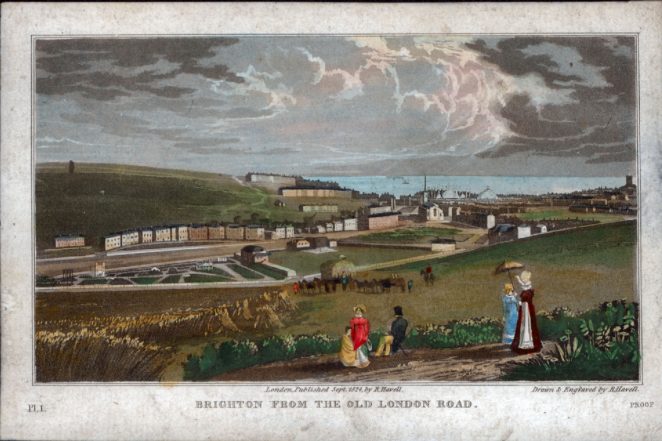 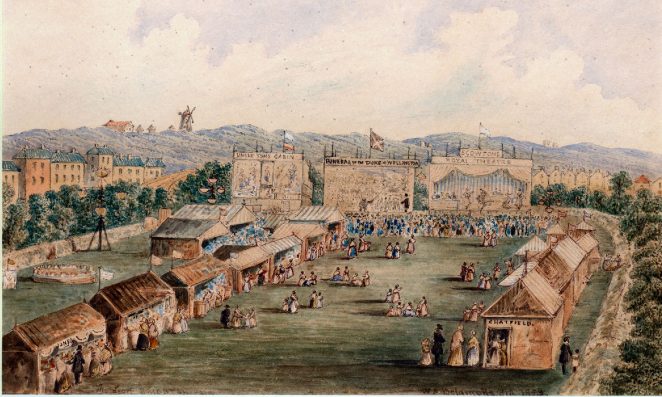 Fair on The Level by Delamotte 1844