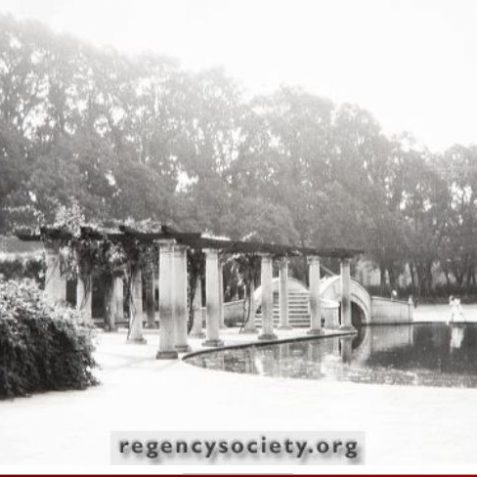 Part of the childrens' playground, showing the ornamental boating lake 1930s
Image reproduced with kind permission of The Regency Society and The James Gray Collection 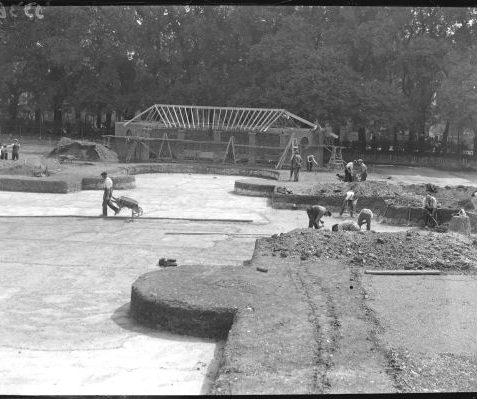 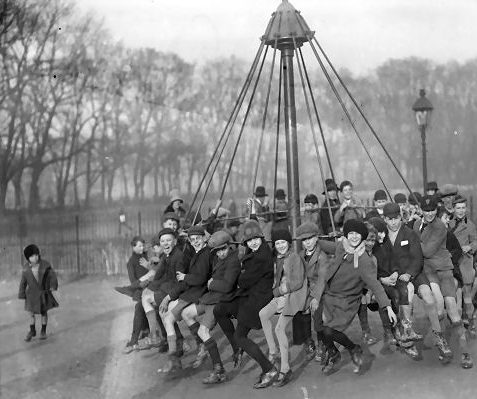 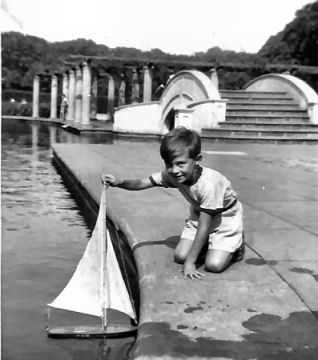 On the 13th March 1929 Bertie MacLaren presented proposals to the Parks and Gardens Committee for a children’s playground for The Level; the area to be covered was about three acres. He stressed that as it was practically a continuation of the Valley Gardens that the design needed to keep the dominant role of continuity, especially considering the number of the public who passed through the Valley daily. 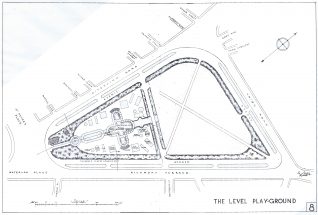 Maclaren’s 1929 plan. Click on the image to open a large version in a new window – click again to further enlarge.

Amusements with an aesthetic design

MacLaren tried to combine children’s amusements with aesthetic attractiveness; the aim of the design was to make it as picturesque as possible. The plan was symmetrical with a central axis. The scheme had an ornamental model boating pool at its centre which was 1ft 6’’ (46cms) deep with two stone bridges. Curved stone pergolas either side camouflaged the playground appliances. 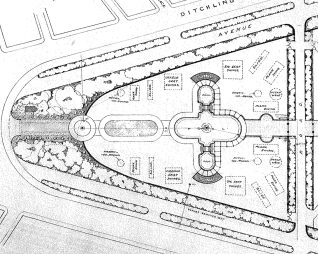 Detail of Maclaren’s plan for the southern area. Click on the image to open a large version in a new window – click again to further enlarge.

Catering for children of varying ages

There were ornamental Pavilion shelters either side for the children and the whole area was paved. One side was for girls and the other side for boys, both had identical equipment. The northern sections of each area were for children aged over the age of fourteen, and the smaller southern areas for younger children. The playground equipment consisted of merry-go rounds, whirling platforms, ocean wave, pendulum see-saw, plank swings, non-bumper see-saws, slides, see-saw ladders, swings, cradle swings, and horizontal and parallel bars. 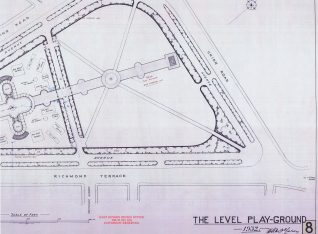 Maclaren’s 1932 plan – shows portion of the plan not carried out. Click on the image to open a large version in a new window – click again to further enlarge.

The best play provision in Brighton

In the 1930s and 1940s, The Level play area was the best play provision in Brighton, and as a result was heavily used. Many park users recall that there was a strict rule for no adults to enter the southern area unless accompanied by children. Only individuals under 14 years old were allowed to use the playground.

The 1932 plan of improvements to The Level shows details to the North Lawns that were not implemented. The North Lawns in the original plan would have included a pathway following the line of central symmetry to create a walk to a sheltered seated area with a vista looking south through the park to St Peters Church. The 1934 plan shows a difference in the front bed at the southern entrance.