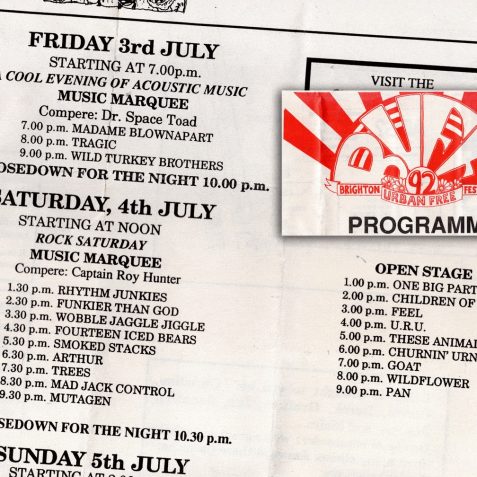 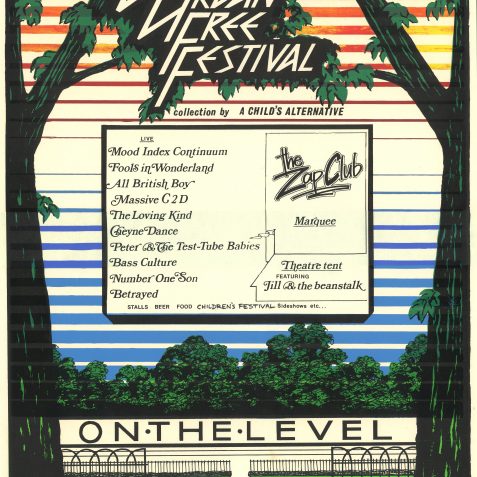 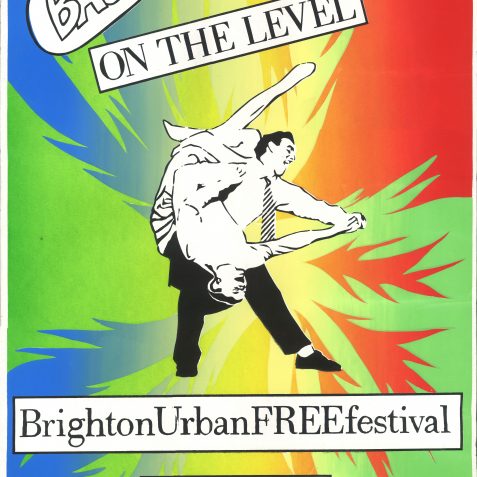 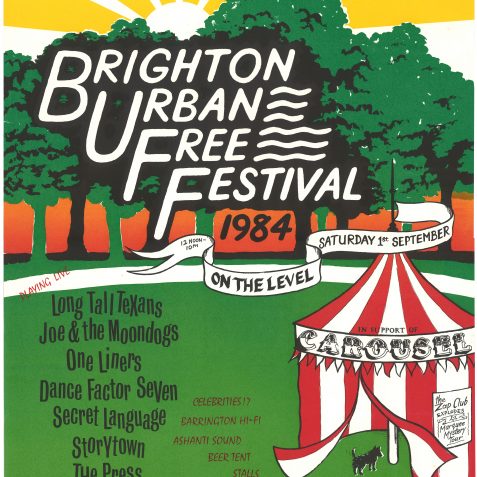 Click on a thumbnail to open a large version in a new window.

Brighton Urban Free Festival (BUFF was a free festival on the North Lawn of The Level that was first held as a day  long event on the 1st September 1984. It was organised by a handful of local volunteers including Lois Lawrie, Ed Bell and Mark Andrews, who wanted to promote local bands to local people. It was regarded by them as an alternative to the Brighton Festival which they saw as being expensive, mostly concentrating on international acts aiming to attract the tourist trade. BUFF ran in 1984 and 1985 at The Level before a brief move in 1986 to Preston Park. There was some trouble in 1986 and the police urged the organisers to return to The Level where the festival had more clearly defined boundaries. BUFF then returned to the Level in 1987, 1988, 1991 and 1992.

Bands who played at Buff

Many bands played at BUFF over the years including Peter and The Test Tube Babies, The Long Tall Texans, The Wild Turkey Brothers, These Animal Men and The Levellers. Mark Chadwick lead singer of The Levellers was a gardener at The Level for a short period before his music career took off.

A variety of other events

The van dwellers around The Level also brought an element of impromptu performance and fire poi. Brighton Festival and Festival Fringe events have also been held on The Level over the last 20 years. Pride was held at The Level in the 1980’s and may have been the first Brighton Pride. A attendee said that there was a very relaxed festival vibe unlike the commercial parade that there is today. Other events included Radio One Road Shows and a TV Variety Seaside Special hosted by Jimmy Tarbuck.