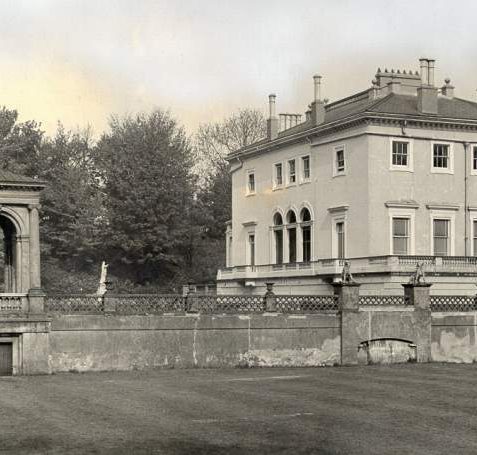 Attree Villa, c. 1940s: The villa of Thomas Attree in Queen's Park. The villa was designed by Charles Barry (best known for his design of the Houses of Parliament) and completed in 1830. It was used as an Xavarian College for Catholic boys from around 1909-1966 but after the college closed in 1966 the villa became dilapidated and it was demolished in March 1972 despite being classed as outstanding and listed Grade 2. The garden temple pictured to the left of the villa survives, opposite the Carn Court flats.
Image reproduced with kind permission from Brighton and Hove in Pictures by Brighton and Hove City Council 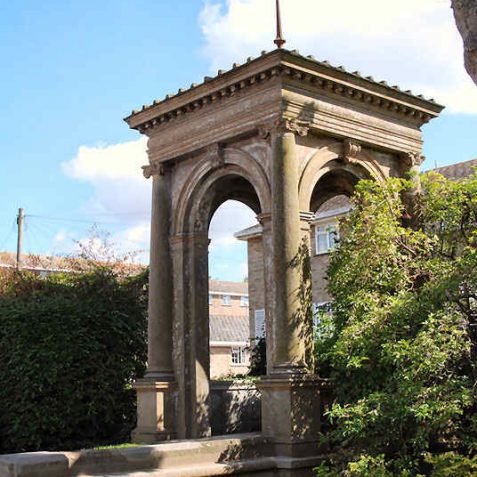 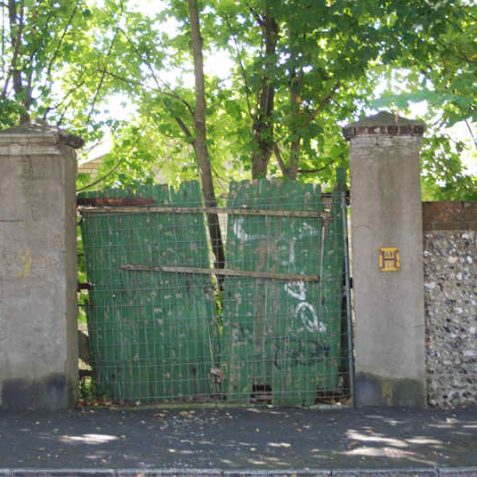 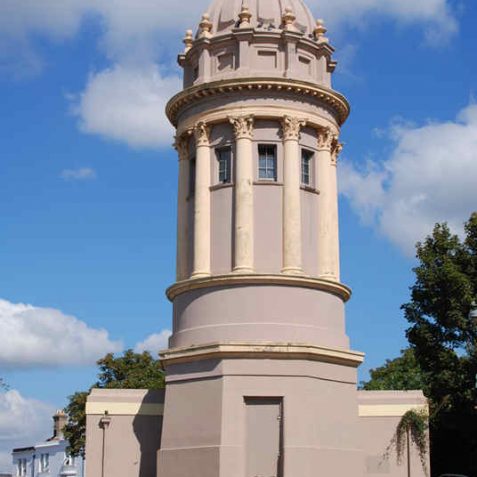 Known locally as the 'Pepper Pot'.
Photo by Tony Mould

c)  ATTREE VILLA: Thomas Attree purchased the park in about 1825 and commissioned Charles Barry (later Sir Charles, best known for the design of the Houses of Parliament and now commemorated by Barry Walk) to design a villa nearby. Standing in large grounds, the square, Italianate house, one of the earliest of its style, was completed in 1830. It had a shallow roof, broad eaves, plain walls with a loggia of three round-headed glass doors, and a balustered terrace. In 1863 it was purchased by George Duddell, but was vacant for about twenty years after his death until it reopened in 1909 as an Xaverian college for Catholic boys. However, when the college closed in 1966 the villa became dilapidated, and it was demolished in March 1972 despite being classed as outstanding by the Historic Buildings Council and listed grade II*.

The Attree Villa stood on the southern side of the present Attree Drive, with grounds bounded by North Drive, Queen’s Park Terrace and Tower Road, but few relics remain. Some old walls and gateposts remain in Queen’s Park Terrace and Attree Drive, while opposite the Cam Court flats stands the villa’s garden temple, an Italianate, rectangular structure with Ionic pillars which formerly contained the statue of a seated dog; it is now listed.

The well-known `Pepper-Box’ or `Pepper-Pot’ at the junction of Queen’s Park Road and Tower Road is also a relic of the Attree Villa, a ten-sided listed building sixty feet high with Corinthian pillars and a cupola. Its original purpose is uncertain, but it may have been a water or observation tower for the villa, or possibly a sewer vent, George Duddell used it for printing and publishing the Brighton Daily Mail, but it was part of the Queen’s Park estate presented to the corporation by the Race Stand Trustees. During the Second World War the Pepper-Box was used as an observation tower, and has since been used as a scout headquarters and an artist’s studio.